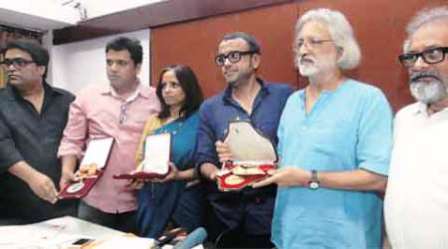 ‘What will foreigners think?’ is a recurring motif in our country whenever a political upheaval takes place.

I was attending a governing council meet in a Delhi college when the Gujarat pogrom in 2002 was peaking. Seated next to me was a woman lawyer who later became one of the spokespersons for the BJP. Towards the end of that meet, she asked me what I thought of the news reports on the killings in Gujarat.

I told her exactly what I thought. I said that all the facts should come out, the entire truth should be reported, the murderers must be identified and punished. I spoke against the BJP top brass in Gujarat. She was furious and hissed, “You journalists are writing all this…do you realise what foreigners will think of us?”

To which I hit back, “There is planned butchery on in Gujarat and you expect nobody to write the details? You kill and nobody will voice their anger and anguish about these murders? You are more concerned about what foreigners will think?”

In the autumn of 2015, things have moved far beyond mere outrage. It is good to see that anger is mounting against the Government of the day, that people are no longer content to sit back and let the rulers of the land get away with anything and everything. A silent revolt is on, and it is taking the form of awards being returned. It is heartening to see that the country’s intellectual powers – its writers, poets, authors, scientist, artists, film makers and entrepreneurs – are taking a stand against hooliganism and fascism. This is the class that can exert direct pressure on the Government to mend its ways.

The passing of Shamshad Hussain 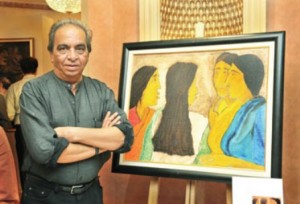 MF Hussain’s artist son, Shamshad, passed away recently. I have always suspected that he never got his due owing to his illustrious father’s aura. A shy man who spoke less but did not mince his words, he was always to be spotted at demonstrations and gatherings to voice his dissent against divisive forces in the country.

He once told me about his childhood years: “I was admitted to a Gujarati medium school in Mumbai, but I did not fare well at all. I hated school so much that I ran away from home. On one of my run-away trips, I landed in New Delhi. I stayed in Jangpura.

“I had taken Art as a teenager but I never had the financial means to put up an exhibition. I never had enough money even for basic train fare when I was invited to hold my first exhibition in Hyderabad. My Jangpura landlady was a great woman: when she realised I had cancelled my travel plans because I had no money, she paid for my ticket and I could hold my first show!”

That first exhibition helped him establish himself in the art world, but through endless struggle. “Even during those struggling days, I never asked my father for money or favours of any sort. I wanted to struggle and reach my goal by myself…” He was more than pained when his father was bullied and forced to leave the country. I wonder what he would have to say about the situation in the country right now.