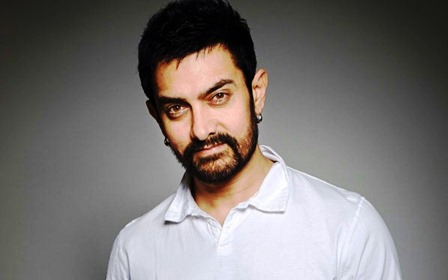 We are so quick to take offence these days that we do not even stop to think about something being said, the wisdom or thought behind the statement. If an opinion is contrary to ours, we lack the sense to consider it. We pan it instead.

This is what happened with the recent fracas over actor Aamir Khan’s statements. What did the poor man do to deserve such censure? Did his statements about the growing intolerance in the country and his wife’s sentiment that she feared for her child merit such a brouhaha? We are champions of freedom of speech at other times – then why did we not allow him to exercise this same freedom? Did he say something seditious or scandalous? And if we chose to be scandalised by his personal opinion, is he to blame for it?

All the ‘nontroversy’ did was highlight Aamir’s point – that we are so intolerant today, we silence voices of dissent, we crush those who are different from us, we question sanity in the face of foolish rhetoric…

And I would like to ask all those who were offended by Aamir’s statements: Why were you silent when the Governor of Assam, PB Acharya, said this ghastly line, “Hindustan is for Hindus only”? Where was your sense of patriotism when he said this, why did you not ask for him to leave the country? He continues to sit pretty in his official residence, talking like an RSS pracharak – but nobody reminded him of the fact that this country belongs to everybody, Hindus, Muslims, Christians, alike.

But we are quick to ask Shahrukh Khan or Aamir Khan to pack their bags and move to Pakistan – and we choose this particular country for these men because of their religious identity.

It is the height of hypocrisy and naiveté to say ‘All is well’ when it is not. It is all very well for everyone to profess that they do not feel any insecurity or fear, when the fact is that some of us do. Is there any way to predict which artist’s face will be blackened next? Whose home will be attacked? Who would be hacked for eating non-vegetarian food? Who will be called anti-national for pointing out that all is not well with the Motherland?

To say that there is violence all over the world is a silly excuse. This argument is stale and ridiculous. The fault lines that were drawn years ago are now been deepened with these incidents. It is true that minority communities are being suppressed. Few have the courage to speak out.

Superstar Aamir Khan has the platform to speak about his fears and the security to ensure that he comes to no harm. But if a less exalted Khan had spoken out? Would he have remained alive to tell the tale?

As an Indian Muslim, I too have been experiencing some of this fear. It is translating into my everyday actions, into my writing. This had never happened before. Maybe it is a response to the kind of turbulent times we live in.