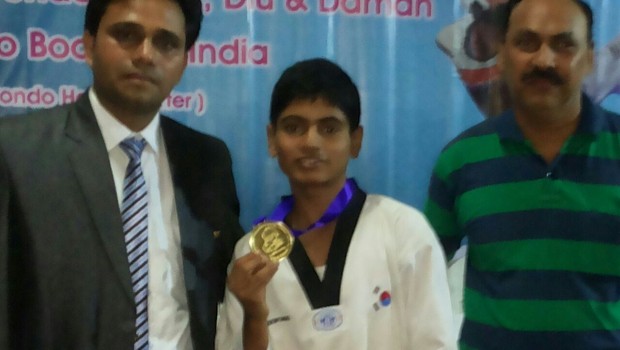 There’s no stopping this boy from winning gold. Chembur-based Atharva Samant (14), who is already a known name in Maharashtra’s juniors Taekwondo circuit for his penchant for winning gold medals, has done it again. The Class 8 student of Swami Vivekanand School, Chembur won two gold medals at the recently-concluded National Taekwondo championship held at Diu and Daman – he was representing Maharashtra after his big wins at the State championships held last month in Mumbai.

Atharva won gold at his favoured events – aekwondo Poomsae and Taekwondo Sparring in the Under-14 category. After the win, he credited his coach Shrikant Mishra for his recent win and all his wins thus far. He has won gold at previous national meets held in Mumbai, Surat and Amritsar.