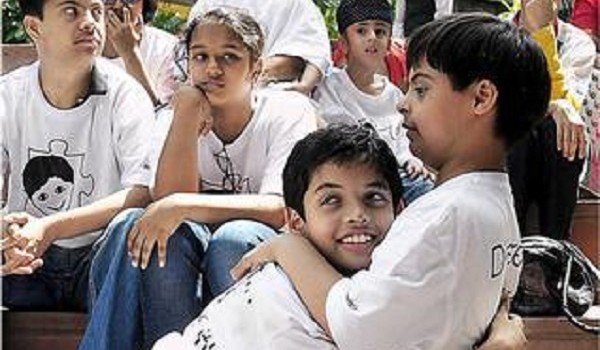 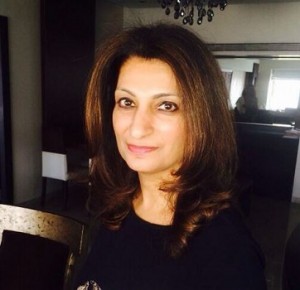 “He was uncommunicative. He didn’t speak till he was three years old, and even then, he didn’t pick the language as quickly as other children do,” the woman remembered. “He loved playing with building blocks, he would colour in his colouring books for ages. But he hardly ever responded when I asked him a question. Imagine that. My son did not respond to me, his mother.”

In the course of my work as a Behaviour Analyst and an RDI Consultant, I often encounter this sort of plaintive recounting of life with an autistic child. And more often than not, parents tend to blame themselves for their child’s autism. Most are unable to reconcile themselves to the reality of the disorder, and hence, are slower in accepting the situation and getting help.

For others, recognising that their child has autism is the first step they are ill-equipped to take.

The present rates of Autism or Autism Spectrum Disorders (ASD) are shocking – 1 in 68 people are being diagnosed with ASD. So what exactly is Autism? Most people have an idea of what it is, but are not entirely clear.

“Autism is a severe developmental disorder that begins within the first three years after conception. Most autistic children look like other kids, but do puzzling and disturbing things which are markedly different behaviours from those of typical children. In less severe cases on the spectrum (Pervasive Developmental Disorder (PDD) or Asperger’s Syndrome), children usually have speech and might even be intellectually gifted, but they have one or more ‘autistic’ social and behavioral problems. People used to think that autism was irreversible. The good news is that there are now a range of treatments that can be really helpful.”

Donna Williams, renowned writer having autism, often describes autism as a bowl of fruit salad. She implies that there are a lot of possible ingredients, but each person living with autism has a different mixture.

About 20 years ago, there were few children being diagnosed with Autism. The prevalent rates were 5 in 10,000. Today the rates have skyrocketed to 1 in 68. True, diagnostic facilities are better today, but that cannot account for such a steep increase.

It is a known fact that autism has a genetic base. However, researchers are now talking about environmental factors that could be responsible for the high rates. These include heavy metals, pesticides, vaccinations etc. Nothing so far, has been scientifically validated.

Since there is no ‘medical test’ available to ascertain if the child has autism, we rely heavily on observation. Three basic areas that we normally look at:

One may notice fewer words being spoken, lack of speech or in some cases, no speech at all. The child may not respond to his name by one year of age – this could be a red flag. The child may also seem to be in his own world, not paying attention to what somebody is saying.

One may also notice the child engaging in stereotyped kind of behaviours, hand flapping or an ‘emotional’ attachment to certain inanimate objects. For those with PDD or Aspergers, one may notice limited interests or inability to determine if others are even interested in what they are talking about. For example the child may have a huge amount of knowledge about airplanes and will insist on talking about this, whether he has an interested audience or not.

Here are some signs of autism to look out for: 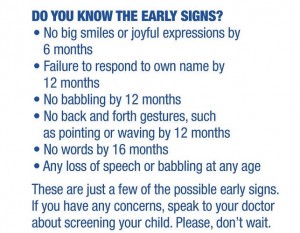 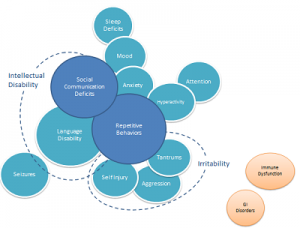 If you suspect your child has autism…

Check with your pediatrician if he/she can run the M- Chat (Modified Checklist for Autism in Toddlers). This is a simple, preliminary questionnaire which points towards ASD. If the pediatrician is not aware of this there are development centers that you could visit.

Visit a child development center such as

Development Centers will normally run a battery of tests and a multi speciality team will carefully observe your child. Contact Forum for Autism (a registered parent body) for support and to connect with more experienced parents.

You are not to blame

The diagnosis of Autism is very difficult to accept. You are not responsible for what has happened. It is NOT your fault. You did not do anything wrong. Instead, below is what you can do, for yourself and your family.

Do you have questions? Do you suspect that your child has autism? Feel free to send me an email at saiconnections01@gmail.com. I will be happy to help.

Kamini Lakhani is the founder of SAI Connections. She is a Behaviour Analyst, an RDI (Relationship Development Intervention) Consultant, Supervisor and Trainer responsible for RDI professional training in India and the Middle East. She is the mother of an adult on the Autism Spectrum. She is also a member of Forum for Autism.

Next: A comprehensive view of autism, its symptoms and core deficits.

One Response to ‘He wouldn’t respond to me, his own mother’