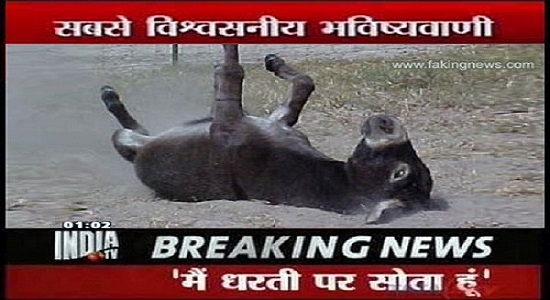 Whose media is this anyway?

At what point will Indian news channels stop doing ‘news’ stories on ghosts and cease playing catch-catch with each other? When will they start reporting on real issues?

Words evoke emotions. And emotions provoke words. And one such prevalent emotion in my life is evoked by our news channels.

I always wonder about the men and women who come up with such interesting headlines to all the news. I believe that news channels nowadays are the biggest competitors to entertainment channels. And there is a lot of pressure on the news people to come up with interesting stories. The stories with news channels have slowly and steadily shifted from facts to mere fun.

I don’t understand why I (or anyone, for that matter) would be interested in knowing about a ‘swarg ka darwaza‘, a story that is run and re- 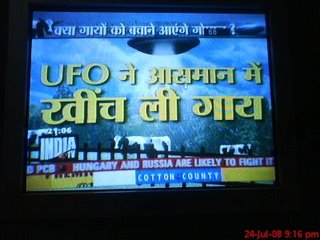 run a million times on a news channel. It’s not like I really have the option or the inclination to check out heaven, like when I’m bored or when I run out of good eating out options, so that I would think, “Hmm, let me see if I have take-away menus for any restaurants in heaven.” To top this heavenly news story, another news channel comes up with a shrill headline: ‘Yeh gaai thi sarpanch ki beti‘ – a story on reincarnation. It’s enough to put one permanently off television altogether.

I understand that this kind of ‘reporting’ is entertaining to a lot of people and it gives news channels a lot of TRPs. But I also think that the media is an essential part of our democracy, not a joker for the country to laugh at. The media is a strong pillar of a nation, a reflection of its strength. But today, the news channels of India are in such a hopeless condition that it sometimes just annoys me.

The media has a big responsibility to play today, especially in a country like ours which has the most brilliant minds of the world, educated and refined like no other. But at the same time, we have a vast number of underpriveleged people who are still miles away from formal education and who have to learn a lot of things before they can fruitfully contribute towards creating a strong nation. In a country like ours, the role of the media, and especially the news channels, has assumed a bigger role and importance today because they are the primary tools to educate the masses. 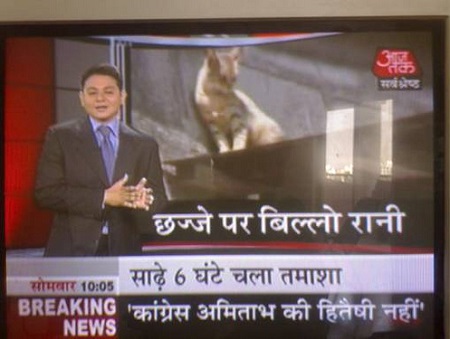 But all that the news channels are interested in today is TRPs. It was shocking to see most news coverage during the ongoing crisis at Uttarakhand – news channels actively competed for the coveted ‘We got here first’ spot, while giving out news about the rescue operations was more of an afterthought. It was questionable, to say the least, to see what kind of news sense (and journalism ethics) were at play with one news channel just focussing on ‘Paani mein hain Shiv ki murti’; at the side, there were a million people crying for help.

News channels are the biggest pressure group on the Government, anywhere in the world where a free media exists. Their role is to bring out news that have some utility for the nation. But all that is happening is one big tamasha where they all seem to just sit in their newsrooms and come out with flippant stories that are entertaining but little else. All that is coming out of most news channels today is a joke, while the real issues are pushed aside.

Earlier, journalists were a part of a respectable and well-educated bunch of people who knew everything about a particular subject and who could make political parties shudder with their presence. They were articulate while presenting the facts. But today, most journalists are participating in a running race, vying to come first. Yes, competition is becoming fiercer by the day and and a delay of a few seconds results in a loss of crores, but who is responsible for fake news that are reported as a part of this race?

Most times, I have no use for the news that reaches my doorstep. It does not add to my knowledge, it only 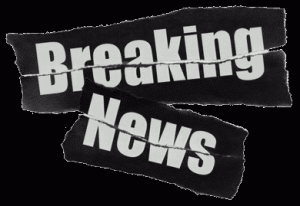 gives me something to chuckle at. It is not making me exert my brain to think and ponder. News channels don’t want me to be part of the development of the nation any more – because they are not a part of it any more.

The nation needs the media today. A media that goes beyond making a mockery of itself, and which is mature enough to see the role it plays in the larger scheme of things. The media cannot be a clown and hope to be taken seriously unless it becomes a ring master. I want the media to not talk about ‘Bhoot ki beti ki shaadi’ and ‘aapke doodh se khush honge Shiv’. I demand media that talks about me and us and our nation. A media that talks about and contributes to the to build a powerful country.