Hope is a four-letter word

When did we totally abandon hope and resort to cynicism in our daily lives? And who caused this to happen?

Hope. It’s a four-letter word that is missing right now in our lives. With countless scams and rapes and the daily humiliation of the Indian public; hope is becoming an endangered species. With the falling rupee and with our politicians just playing the blame game, hope is being bashed every day.

That hope that was filling India with pride every day that Indians are different, that we run the IT sector so well that nobody can touch us when it comes to computers, that NASA would always have the most numbers of Indians on its roster, that Indians would be the torch bearers of progress worldwide…where is that hope today? I thought I would never leave India…I confess I am not so confident of that today.

Where did all the hope go? Our current crop of politicians are not newly-corrupt, at least not more than those who ruled when the rupee was 48 against the dollar. This is also not the first time that onions have become as expensive as gold. Then why are we feeling more hopeless today?

One reason could be that because recently our media has just been reporting the bad parts of our lives. When you pick up your daily newspaper, it seems like the bad news of yesterday was printed again today, with a few details changed. About 40 per cent of political reportage is about scams and bribes, 30 per cent comprises things that are not right with the city, 17 per cent is about rape, murder and someone committing suicide, 10 per cent is about sports and the economy and the remaining 3 per cent is about one or two good things that are happening in the city. 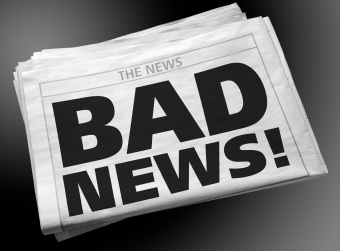 Yes, people can argue that this is a way that revolution can be brought and we are questioning the wrong. But are we looking at the side-effects? How many times have you heard people reading a news story and saying, “Iss desh ka kuch nahin hoga“? The news is filled with so many negative stories and the positive stories receive such less space that there seems to be a determined effort to make cynics out of all of us.

There are so many positive things that happen in society, there are so many who do little things that speak of big change. People who refuse bribes. People who insist on their roads being repaired right away. Politicians who genuinely work for the people. Policemen and taxi drivers who are honest and help others. Why is it that the media only thinks of making a splash with news that are negative, while the positive stories appear in a little corner of the newspaper, or not at all?

Is it because hope is quite an expensive thing?

We all need hope. We all train our eyes on the US and comment on how well they have done for themselves. But we don’t see that they have a legacy of 234 years, while we are a 67-year-old country that doesn’t believe in bombing people for oil. We have done well enough for ourselves to rise and carve a niche. Yes, we are facing a lot of serious issues at the moment, but which country is not? The world is going through a bad phase (and some people hint at US credit card bills as the reason for economic hiccups all over the world). We are a country who made the British leave and flagged off the end of imperialism. We can take a little tumble in order to get back on our feet.

But all of this, if we only have hope. That hope will come from reading the right things, not just about scams and killings. It is time to pack a punch with hope and faith. We should all be able to say, “Iss desh ka sab kuch ho sakta hai, agar main chahoon toh.” And that can happen only if our media starts printing positive stories too so that the current generation starts believing that perhaps this country is not so bad. And we are not in a pit hole where no one can come to us and save us.

It’s just a four-letter word. But it can and will save us.