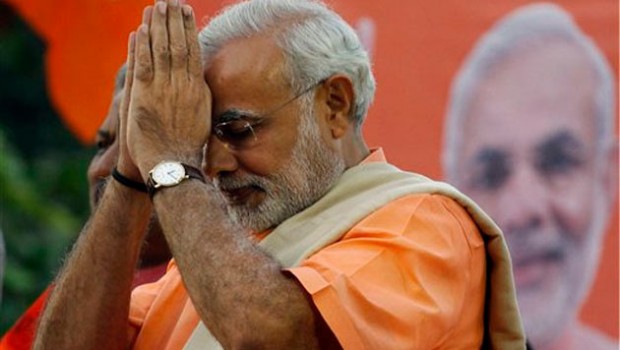 As General Elections 2014 approach, the heat seems to be well and truly on the Gujarat Chief Minister, Narendra Modi.

I simply marvel at Jesuit Father Cedric Prakash. I admire his courage and his confidence to take on the political might of his home State, Gujarat. This priest runs a human rights centre, ‘Prashant’ in Ahmedabad, and right from 2002, I’ve heard him speak at various meets. Recently, he lashed out at Gujarat Chief Minister Narendra Modi once again.

“It is more than just a rotten tooth!” he thundered. As the poll results of the Karnataka Assembly elections trickled in on Wednesday, May 8, the one person who was in the eye of the storm was Narendra Modi. Over the years, the BJP in Karnataka had done everything possible to make certain their defeat: the terrorising of the minorities, the bashing up of youth who didn’t conform to their cultural ‘traditions’; the bringing in of a legislation that was directed at harming minority communities, the support to right-wing Hindu fundamentalism and much more; this was besides the corruption and scams of immense proportion.

However, the BJP party workers were confident that Narendra Modi would campaign in Karnataka, wave his magic wand and cast a spell over the State to ensure that the BJP would come back to power! Modi himself is a seemingly ‘safe’, somewhat frightened campaigner in places such as Karnataka; from his track record, it is obvious that Modi goes to places where he can either win or is confident of fooling the people. In Karnataka, he did become the BJP star campaigner, making forays to three areas -Bangalore, Mangalore andBelgaum. When he did so, he was able to attract crowds and throw barbs at the Congress party and the UPA.

In the rally he addressed in Mangalore, he struck the Hindutva chord and tried to rake up the “cattle slaughter” issue clearly targeting not merely the UPA but also the Muslim minorities. However, all his rhetoric did not pay dividends. The BJP has lost miserably in the places where he campaigned and where he was considered to be the main vote-getter! 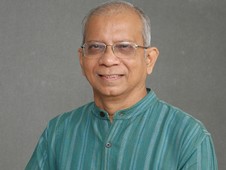 Father Prakash (in pic on left) said, “After the election results were out, Modi developed a ‘sudden toothache’ and neither his many spokespersons nor his highly-paid public relations agencies were at hand to give his point of view on the defeat. One does not have to be very intelligent to know that Modi, like a little school boy, easily ‘falls sick’ when the going gets tough.  Even if he did have a toothache, why did his spokespersons not speak up on behalf of him? And how did this “very painful toothache” suddenly disappear when he addressed the Gujarati diaspora in the US through a video conference on Sunday, May 12?

I have just recently returned from an interactive meet with Zakia Jafri and her son Tanveer, apart from several political activists, who have been detailing the horrifying carnage of 2002 in Ahmedabad, Gujarat. This meet was held on May 7, after Zakia Jafri filed a Protest Petition before the Magistrate on April 15 “ to get a fair and transparent investigation against a Chief Minister, his Cabinet colleagues, senior administrators, policemen and front men and women of the RSS, VHP and Bajrang Dal.”

Several politicians also spoke at this meet, and two of them came up with some startling facts. DP Tripathi of the NCP said that way back in the mid-80s, the then Chief Minister of Gujarat, Madhav Singh Solanki, had told Tripathi that there are “international forces”   which are working in the State to whip up communal frenzy and strengthen Hindutva brigades. But when probed further on Modi, Tripathi beat a hasty retreat and said he had to go to another function.

Then Sitaram Yechury of the CPI (M) said that when he got the news of the carnage in Gujarat he decided to go to Ahmedabad, and he went there with Raj Babbar, Amar Singh and 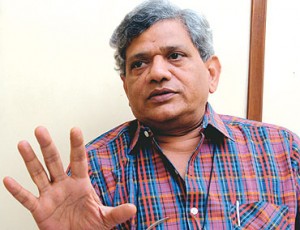 Shabana Azmi. They were in Ahmedabad on March 1, 2002. He described the atmosphere prevalent in the city. “The Police Commissioner of Ahmedabad was not to be seen the entire day and night, not even in the Police Headquarters. And the same day, that is on March 1, 2002, when I got in touch with the Chief Minister, Narendra Modi and asked him about the mass killings of the Muslims and the uncontrolled rioting, he said, ‘In logon ko sabak sikhana tha, aisa sabak jo woh zindagi bhar yaad rakhenge! (I wanted to teach these people a lesson, a lesson they’d remember all their lives!)