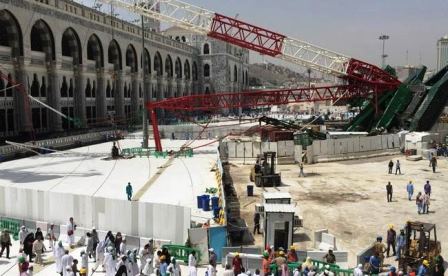 This month has not been a kind one for Saudi Arabia. The country has been thrust into the spotlight for all the wrong reasons.

First came the crane tragedy at Mecca that killed hundreds of pilgrims and injured more than 300 people. Such a thing has been unheard of in this country, and it rightly shook Saudi Arabia and the rest of the world when the news first broke. At the moment, an official fact finding mission is on to ascertain the cause of the accident, there are thousands of rumours swirling about the place.

Theories ranging from sabotage to foul play by foreign players are constantly doing the rounds. What really happened out there?

But no, it contends itself with making strange proposals to other countries after asking them to help those in need. What is the Government thinking, and why the studied silence on the issue of accepting refugees through its own borders?

And then there was the news of the Saudi diplomat accused of raping and torturing his Nepalese domestic help and her daughter in New Delhi. There is no concrete conclusion in the case yet and the man himself remains out of the public eye owing to his diplomatic immunity. How long does it take to complete such an investigation? Or are there wheels within wheels, due to which the investigation is taking so much time?

Questions that nobody is willing to answer…

Humra Quraishi is a senior political journalist based in Gurgaon. She is the author of Kashmir: The Untold Story and co-author of Simply Khushwant. Her latest book Dagars and Dhrupad is out now.