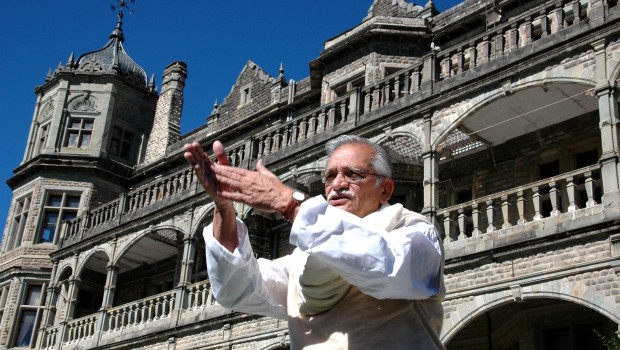 What is left for poet and lyricist Gulzar to write about? A book of short stories for children, of course!

Last week, I just let myself be, sapped of all energy by news of crimes and killings all around us. I find that when I’m sad or in despair, reading a good book really helps.

And a great book couldn’t have come at a better time, or with better timing. I read the recently-released volume on Gulzarsaab, In The Company Of A Poet: Gulzar in conversation with Nasreen Munni Kabeer.

Gulzar turned 77 on August 18 – he was born in 1936 in Punjab. The book chronicles his thoughts, views and experiences and illustrates several points with his verse. Laced with these are details of his childhood spent his ancestral village in the undivided Punjab, his school days in old Delhi, his early days in Bombay where he’d worked in a garage before moving to the film world, where he associated with such luminaries as Balraj Sahni, Sahir Ludhianvi, Bimal Roy, RD Burman and several others. 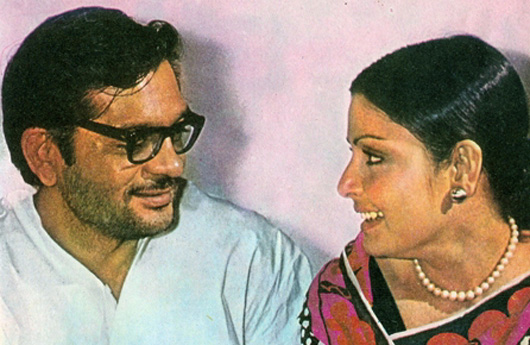 Then there the personal details of his life, ‘his deep connection with his wife, the legendary actor Raakhee, his daughter Meghna and his grandson Samay.’

I met him for the first time in the summer of 2005, for an interview for a national daily. He was staying at New Delhi’s India International Centre (IIC), so it was decided that I meet him over breakfast at IIC’s tea lounge. And though we spoke of several things, the most enduring image I have of him is how the tears flowed down his cheeks as he spoke about his bond with the Kashmir Valley.

“Somehow, the Kashmir Valley always fascinated me to such an extent, that Raakhee and I decided to go to Srinagar for our honeymoon. We often teased our daughter Bosky that she was conceived there in the Valley…”

He’d added, “Kashmir is an integral part of my emotions, it’s a region which is close to my heart. I was even planning to make a film on the Valley; I’d named the film Iss Vaadi Mein, and it was based on Krishna Chander’s short story collection Kitaab Ka Kafan. It dealt with two lovers in the two parts of the Valley and how they try to overcome the military barriers. Sadly, the film could not be made as the Kargil War had broken out.”

The good news is that Gulzarsaab is nowhere near retiring – his latest collection of short stories, Half A Rupee Stories, was recently launched here in Delhi. And though a family emergency prompted me to skip the release function and go to Uttar Pradesh, on returning I was touched to learn that Gulzarsaab had dedicated one of the stories to me. The story, centred on the Kashmir Valley, comes with this line about me: “We share a lot of Kashmir, though neither of us is from there.”

The genius writer is currently working out the plotlines of several books. “There are several books in my head,” he says. “I want to complete them. Writing is very important, it is a shock absorber. It has the capacity to absorb all upheavals, shocks, pains, all the conditions you’re going through. It is like driving along a road which could be uneven or bumpy. Writing then becomes your vehicle, it takes you along and you go atop it, as though you were riding a tiger.” He is also translating Rabindranath Tagore’s books for children. “I love writing for children and I find it very fulfilling,” he says. He adds, “Today, we are snatching the childhoods of our children by putting them too early into the formal education system. We are shrinking that crucial phase in their life. My worry is that in the coming years, children could get extremely lonely, especially in urban locations.”