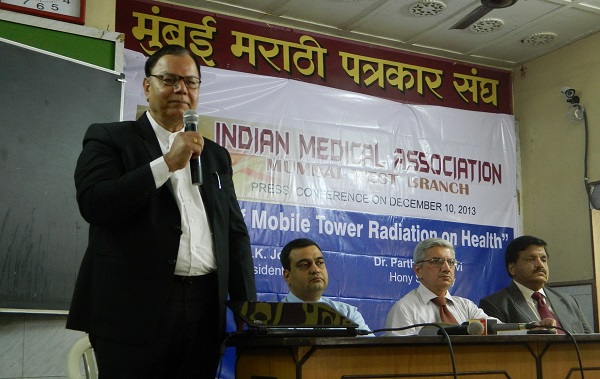 Is radiation from cell phone towers harmful or not? Indian Medical Association says the Sun causes more harm to humans.

However, the Indian Medical Assocation’s (IMA) West branch yesterday declared that the fear over harmful effects and health hazards from these radiations and emissions is “an unwanted and unfounded one.” 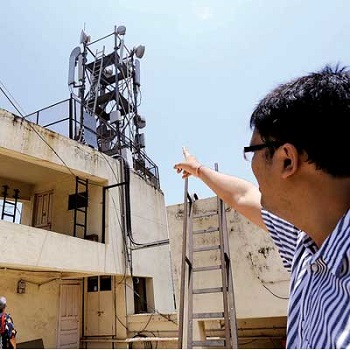 The IMA Mumbai West addressed a press conference in Mumbai, during which doctors declared that “cell tower radiation is lower compared to RF emissions from radio FM and television, and is not hazardous to human health as has been perceived so far in some quarters.” Dr SK Joshi, President, IMA Mumbai West, said, “Radiations from the mobile towers poses no threat to health or cause cancer, as is commonly believed. There are no empirical findings to establish that mobile tower radiation causes cancer or any such diseases. Radio and TV have been in operation for over 50 years without any known health consequences. Cell tower radiation is lower compared to RF emissions from FM radio and television, hence it is not alarming. The radiation emitted is just too weak to be harmful. Across the globe, these emissions are monitored by UN bodies like World Health Organization (WHO), which comes out with fact sheets from time to time.”

He added, “We understand that the emission levels are prescribed and monitored by WHO in consultation with other UN bodies like International Telecommunications Union (ITU) and an academic body of physicists, International Commission for Non Ionising Radiation Protection (ICNIRP). The Government of each country adopts these standards to the best of their knowledge addressing public health concerns. These organisations monitor the situation across the globe in this sector and come out with fact sheets and advisories from time to time.

“A person absorbs five times more RF from FM radio and television than the base station tower. Radiation from mobile towers has also been found safe internationally and if the Government of India-prescribed levels of radiation limits are observed, then the fear of health hazards from radiation of mobile towers is merely hysteria.”

Other doctors explained that cancer, of the kind mediated by radiation, is known to be caused by mutations in the cell-division machinery—a clear bond breaking process—which results in uncontrolled multiplication of the cells. X-rays are well known to cause such mutations, which is why X-ray technicians are required to wear lead aprons. UV rays from the sun, those which are not stopped by the ozone layer, can cause skin cancers in people who do not have enough pigmentation to block them. “Any electromagnetic wave whose frequency is smaller — such as infra-red, microwave, radio waves, and the typical cell tower waves (900 MHz) used for cell phones – do not have enough energy to cause a mutation in our DNA. The AIIMS building (in Delhi) itself has cell phone towers, which clearly proves that the medical community trusts the WHO-prescribed emission levels. Though only a few epidemiological studies have been conducted, it has found no evidence of cancers in children,” Dr Joshi said.

“Radiation emitted by the Sun is thousand times stronger than ones emitted by a tower. A microwave oven heats up the food inside by bombarding it with microwave photons. The energy inside an oven in one second is multiple times stronger than the cell phone tower emissions. When people are comfortable with such ovens, then they should not have fears about telecom tower emissions,” he added.