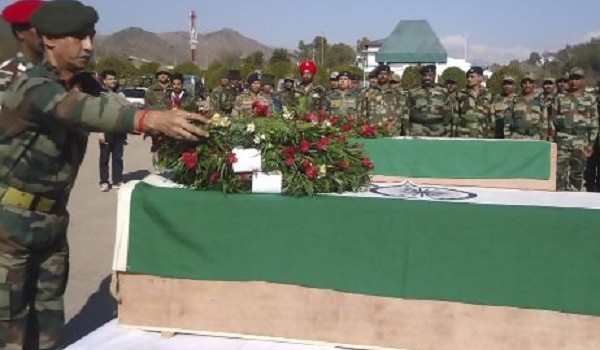 Death is just a number

In a land where millions die of hunger and poverty, stray deaths here and there are statistics consigned to history.

5 is the new number attracting us all at the moment. The moment I write ‘5’, those who are aware of happenings in our nation and who care enough to share their opinion on various social platforms, are straightaway going to point that number to our ‘friendly’ neighbour and say they killed ‘5’ of ours. And this ‘5’ is going to remind me of something that our PM has been maintaining for long – silence, for 5 years.

Every time someone in India dies, there is an outrage in the media and then in society, where everyone tries to pinpoint who exactly is to blame for the death. Every time a farmer commits suicide, a new number finds our mind space, and we wonder who is responsible for so many deaths. Every time a celebrity drives his car on to the pavement, a fresh number replaces the old number of pavement-dweller deaths, and we start discussing about how our law is inept. Every time a riot breaks out and one religious mob slaughters another, a blood-soaked number cries out for our attention and we start talking about how the CM of that State was unable to control the situation.

Currently, we’re talking of the dead sailors aboard the ill-fated submarine off Mumbai’s coast. Again, the numbers change as more bodies are retrieved.

The truth is, we have too many issues to grapple with in our country, and none of those in power have a clue how to solve them. None of our people, even those who keep shouting for change, know how to bring this change about. And since we are at the mercy of those who have the power to crush and change us at will, we the people look at all these deaths around us as just a number. The death of the boy who died when Delhi police fired at motorists during stunts is just another number. The deaths of those as a result of fake police encounters and even the ‘accidental’ deaths of activists are just statistics.

Children die after eating mid-day meals because the food served to them had expired, people die when the illegal building they live in collapses suddenly, people die because the environment they live in is astoundingly filthy. These things happen and we move on in minutes. The point is that death is just a number because we have now seen so many of our people dying, and nobody is interested in saving them. The country is becoming a monster that eats its own eggs without a qualm.

On the other hand, we don’t even know what works if we decide to raise a voice. We may raise our heads only to be shot at, prompting others to keep quiet. In the name of survival, we have sold our soul to bribes and we just don’t care any more. We’ve come to a point where we may push somebody out of the trains if they make us uncomfortable, we may get them thrown out of our building society if they are different from us, we may not say a word when they die mysteriously because for us, death is just a number.

We looked at our neighbour to the North when they attacked us on 26/11, and we said we will take action. Nothing happened. We did nothing. Even then, death was just a number. Numerous others added to that number subsequently, and we just segregated them as people killed by terrorists and those trying to be safe from terrorists.

Where there should be a raging fire over the death of those who protect us at the country’s borders, there is nothing. Nothing over our sovereignty being attacked. When will we demand an answer, when will we be confident in knowing that our soldiers are not dying in vain? Till that happens, these deaths are just additions to the statistics we already have, and we will feel content in calling our dead soldiers martyrs. In a country where millions die of hunger and ignorance every day, who really cares? Like I said, death is just a number.