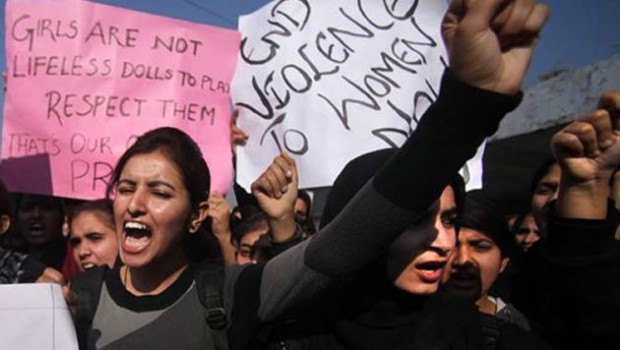 Help victims, not the accused

Humra Quraishi writes on the malaise of rape and how a lack of policing is helping rapists get away it. 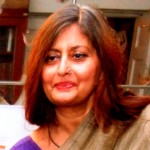 Another gang rape has taken place in New Delhi. No, it’s not really surprising, for eve-teasing is so rampant there that no woman is actually safe on the roads or lanes of this city. After dusk, it’s risky for a woman to commute, unless of course, she is a top politician or a senior civil servant or Somebody Important, in which case she has adequate security as she goes about her daily tasks.

And before I write any further, let me mention that even young men and teenage boys are not safe in Delhi either. With this, another point that cannot be ignored is that people’s faith in cop and the policing system is nil. The average citizen is apprehensive about entering a police station to lodge a complaint, because that one act results in a hundred different offshoots, with him or her facing some unsavoury consequences. There are several horror stories to be told about the city’s lockups, the police thanas, the interrogation and detention centres. The worst crimes take place right there, under the watchful eyes of cops.

In fact, there are no records and statistics to show how many cop-rapists and molesters have been hanged thus far. They get away because of all the possible loopholes in this system.

So where do you and I go for help if we are molested or raped or eve-teased? It sure does require nerves of steel to report these crimes, and that’s why most of these crimes go unreported. Reporting them is, perhaps, the last resort for most people.

I am of the definite view that hanging is not the solution. Are we so short-sighted to think that hanging a couple of men will solve all crises, be it related to terrorism or rape? Death isn’t a remedy for such ills. Those off-with-your-head orders were fine when given by rulers of bygone days, because the rule of the law was paramount then. Here, when every fifth or sixth man is trying his level best to grab an opportunity to touch or intrude on a woman’s personal space, how many men can be hanged? We will upset the gender ratio if we hang every eve-teaser and rapist.

Another important point, which most of us ignore, is what we are seeing on the big and small screens today –  obnoxious item numbers, with even more obnoxious lyrics, and our top heroines dance in them without the slightest trace of embarrassment. There are disgusting image portrayals, but there doesn’t seem to be any effort being made to stop this kind of objectification.

Today the situation is so pathetic that we have moved backwards, beyond the medieval ages. If you are planning to move out of your Delhi home after dusk, you to yourself well and try and return before it gets late. Men friends or a male companion cannot be of much help if such a situation happens to you, because rapists attack in groups, and are often deranged with drink that only a policeman can probably stop them.