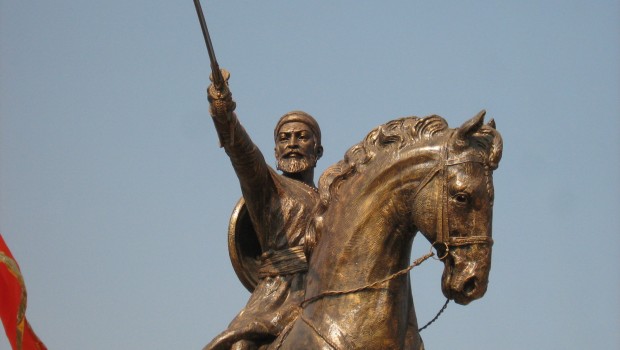 That Maratha warrior king Shivaji was a ruler and a thinker way ahead of his times is well-documented, but a recent historical discovery has once again underlined this fact. At a time when might was right, and women were often commodified to the extent that they were included in the spoils of war, Shivaji’s orders for men who raped women were clear: cut off his hands and feet. 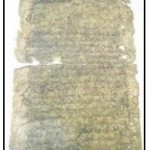 Historians in Pune have recently discovered a dated manuscript (see pic on left) in which Shivaji had ordered the hands and feet of the headman of a village in Maharashtra be cut off as punishment for raping a woman. In another incidence of rape, in which the accused was a military general who raped a woman who had defended Belwadi Fort before surrendering, Shivaji ordered that the man’s eyes be gouged out.

“This is the oldest and the most indisputably authentic manuscript of Shivaji,” said SM Bhave, secretary of the Bharat Itihas Samshodhan Mandal. The manuscript had mysteriously disappeared after it was originally reported by researcher SG Joshi  of the Mandal in 1929, 83 years ago. A Marathi translation of it was published in Vol II of the sources for the biography of Shivaji, compiled and published by the Mandal in 1930. The manuscript, wrapped safely in old handkerchiefs of a Mandal researcher, was rediscovered recently among old files in the Mandal office. The manuscript is written in the Modi script, which has been in use in Maharashtra for the past 700 years.

English translation of the manuscript of Shivaji (dated 20 Jilhez, according to the Mandal)

“From the office of Rajashri Shivaji Raje.

May it be known that while the headman Bavaji Bhikaji Gujar (Patil) was heading the said Ranje village, he committed an offence, which became known to Saheb  (Shivaji), following which he had him fetched here. On inquiry it was revealed that the news was true, whereupon his ancestral domain was merged with the royal kingdom and he was dismissed from the headman’s post after severing his hands and feet. At that time one of his relatives, namely Sonji Bajaji Gujar pleaded for getting the custody of Bavaji. In consideration of this request he was charged a fine of 300 Padshahi hons, after paying which Bavaji was handed over to him. Since Bavaji was childless and Sonji is his kin, Saheb compassionately passed on the headmanship to Sonji, for which he was asked to deposit  200 Padshahi hons into the royal treasury. May nobody hinder the carriage of this order. This original letter may be given to him for execution.”

“Our experts have thoroughly investigated, verified and confirmed the authenticity of the manuscript,” said historians Dr Anuradha Kulkarni  and Ajit Patwardhan in Pune. “It clearly mentions the name Bavaji Bhikaji Gujar (Patil), the headman of the Ranje village near Kondhanpur, and the punishment awarded to him by Shivaji, of cutting off his hands and feet for having misbehaved with a woman.”

Giving details of the above instance, Govind Pansare, whose booklet Who was Shivaji? sold 22,000 copies and has gone into four editions from 1988 to 1991, narrates that the Patil abducted the young daughter of a poor farmer and raped her, after which she committed suicide. The whole village, intimidated by the tyrannical Patil, sympathised but remained passive and helpless after the girl’s death. “But when Shivaji heard of it, he had the man arrested and brought to Pune, after which he pronounced the punishment to him,” the book says.

In another instance, described in the same book, Sakuji Gaikwad, a military general laid siege to the Belwadi fort, being defended by a courageous woman called Savitribai Desai in 1678. She held out for 27 days before surrendering. Euphoric over the victory, Sakuji captured the fort and raped the defeated Savitribai. As Shivaji got to know of it, he was infuriated and had Sakuji’s eyes gouged out. Sakuji was also thrown in jail for the rest of his life.