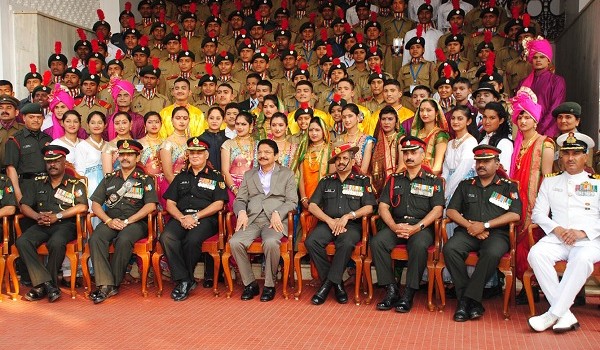 The Maharashtra Contingent of the National Cadet Corps (NCC) struck gold again – the contingent has created history by winning the prestigious Prime Minister’s Banner for the sixth consecutive year at the Republic Day Camp held in New Delhi recently. Maharashtra NCC was also adjudged the Champion Directorate from out of 17 NCC directorates in the country.

Maharashtra NCC also has the unique distinction of winning the Prime Minister’s Banner and the Champion Directorate Trophy 17 times out of 24 times since its inception. The achievement is particularly remarkable since as many as 17 NCC directorates and 2070 Cadets from across the country had participated in this year’s Republic Day Camp.

Currently, there are 13 lakh NCC cadets in the country.

The State Governor Ch Vidyasagar Rao yesterday hosted tea in honour of the victorious NCC cadets and officers at Raj Bhavan, Mumbai. The Cadets presented a cultural programme on this occasion.