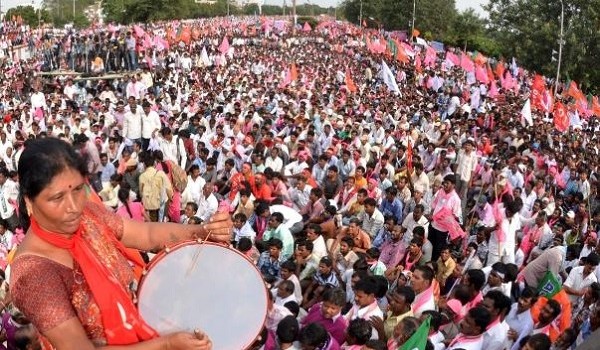 When divisions benefit the rulers

The carving out of Telangana from Andhra Pradesh could have very real implications for others looking for separate State status.

Divisions spell doom. A division is like a divorce. There is a break-up, with long lasting implications and offshoots. Divisions aren’t good for anybody.

This week came the news of the new State of Telangana being carved out in the Andhra belt. There is a very real danger of several other States in this country demanding divisions of territory. The list could get longer and be no longer contained to just Maharashtra – who is to stop J&K, Uttar Pradesh, West Bengal or Bihar taking the same route?

Divisions suit the politician and the bureaucracy. Not just for purposes of the clichéd ‘the  more, the merrier…’ but more along the lines of governance. A freshly-carved State brings with it the need for more political and bureaucratic heads, justifies the need for planning commissions and departments and ministries. The field becomes wider for several mafias to extract an extra pound of flesh even from the malnourished and the diseased, as the new State grapples with working within new systems. And do not for a minute think that these divisions and bifurcations benefit those in the backward sections of society.

A good example I can cite is that of the State of Uttarakhand. Several years ago, it was carved out from the erstwhile undivided Uttar Pradesh. See for yourself – apart from being blessed with its own natural bounty, on which the State subsists, where is the development? Could it combat nature’s fury, is it able to deal with the ongoing destruction and havoc in the wake of the ghastly floods?

Divisions also brings along distractions of the worst sort. Not to drag you backwards, but I must write of the prominent happenings of this week – we, the hapless masses, could not

even adequately react to the teenaged biker being shot dead by the cops in the heart of the capital city, nor could we mourn the sight of a dead human form being pulled by a bull dozer, nor could we find the miracle meal costing just a couple of rupees!

As much as it depresses me, I am beginning to be convinced of the Right Wing parties’s theory that the Congress and the Samjawadi Party are adopting the age-old political strategy of relaying a set of opinions – one to suit the majority, and the other for those ‘others’ in the minority. Soon after the Batla House encounter verdict, those residing in the Jamia Nagar/Okhla/Batla House localities seem convinced that this particular encounter was State-managed; this suspicion is fuelled by the dramatic U-turn that the Congressmen, who were earlier with these people, have not taken in their stand.