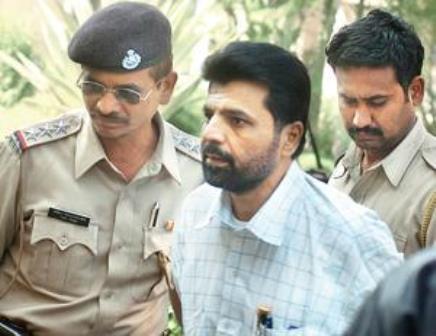 When the news about 1993 Bombay serial bomb blasts convict Yakub Menon’s hanging broke recently, there were the usual reactions from all quarters. Some welcomed the execution, others condemned it. After all, Yakub was not the mastermind of the attacks – those men sit safe and sound in other parts of the world. Is he simply being made an example to other criminals plotting similar heinous terror attacks?

But then there are other questions that nobody every answers. For one, is hanging the only available punishment for criminals? Is it a good deterrent? Crime and prison statistics show that hanging has never had an appreciable effect on criminals. So whom does this exercise benefit?

Yakub is to be hanged at Nagpur Central Jail on July 30. Even as the date nears, as hectic last-minute appeals are being sent by his legal team to the Powers that Be, the country is hotly debating the wisdom of the execution. Like I mention earlier, Yakub was not the prime accused. He was one of many accused in the case, but one of the few ones who surrendered to the police and confessed his role in the crime. At the time, he was quoted to have said that he had “full faith in the Indian Judiciary”. It is a little disturbing to note that he is going to be the first to hang in the case, while the ones who are bigger contenders for the death penalty are out of the reach of the Indian law. Another person in Yakub’s case might have been shown more leniency. But after two decades of prison life, most of it spent in solitary confinement, is Yakub still tainted by his association to his brother and chief mastermind Tiger Memon?

Delhi-based publisher and President of the All India Majlis-e-Mushawarat, Dr Zafarul Islam Khan, says, “Yakub’s hanging before full justice is done to the victims of the 1992 Babri Masjid demolition riots and the 1993 serial blasts case is a murder of justice. The murderers, rapists and looters that roamed the streets after the Babri Masjid demolition, despite all the evidence against them – who will bring them to book? The Srikrishna Commission Report, submitted way back in February 1998, names all the political parties and their leaders engaged in these crimes. Even police officers participated in looting and killing. But nothing happened to these political and police goons. Until these criminals are first brought to book, Yaqub’s execution will remain a judicial murder by a callous political system which believes in offering human sacrifices from time to time in the false belief that this will prolong the life of this unjust system.”