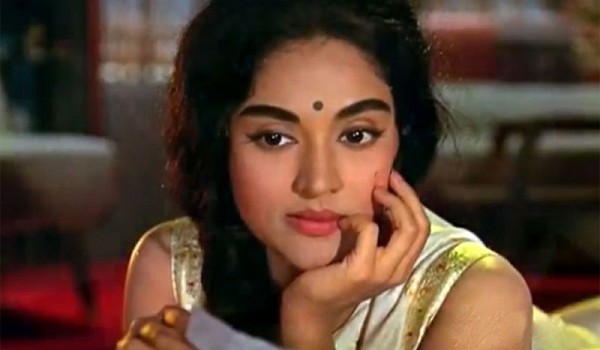 I first met dancer and actor Vyjayantimala Bali in the spring of 1990, here in New Delhi, at the Kamani Auditorium. But whenever I met her even after that first meeting, she always stopped to chat warmly. I have always found her to be extremely cultured and friendly as a person.

When I first met her, she had been rehearsing for her solo performance, ‘Om Shantih! Om Shantih! Om Shantih!’ It had been just a day after her show, but she was completely relaxed, dressed casually in a cotton salwar kameez, her short hair tied back in a ponytail, her manicured fingers sporting several rings. “Through this form of art – dance – I want to convey the message of peace…I carry my ‘Om Shantih books, manuscripts on dance, just about everywhere. I am doing research on the traditional temple dance forms, and I am curious and want every detail explained to me by scholars and pundits.” 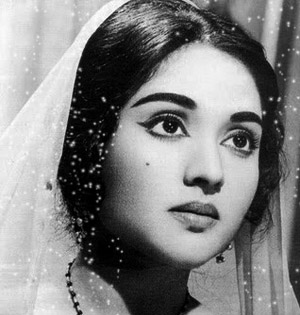 She firmly believed that there was something very spiritual about Bharatnatyam, or what could explain how it had survived the ravages of time? But then we moved on to chatting about her career as a successful actor who was known for her formidable dancing talent, her inclination towards dance, her marriage to an unassuming doctor, and how it is difficult for a woman to survive in a man’s world.

She said, “As a shy five-year-old, I performed Bharatnatyam for the Pope in Rome.” She went on to add that as a studious, introverted Class 10 student, her dance performance – this time for a Madras audience – caught the attention of the producers of AVM Production, and her very first film, Bahaar, with its emphasis on dance, left the audience spellbound. “Of course, my other 54 or more films continued to do, till 1968, when I opted for marriage. Thereafter I did not retire, but I relinquished films,” she quipped.

Excerpts from an interview:

When you were so inclined towards classical dance, why did you move towards films and put dance in the backseat, that too in the most creative years of your life?

First of all, even in my films, my dancing influenced the films and not the other way round. All through my film career, my dancing continued. In fact, after shooting, I’d return home to a totally, non-filmi atmosphere, where I would only have traditional arts and music and dance.

Also, I never opted for films. I joined the film industry only incidentally. I come from a traditional South Indian family, and being the only child, I led a very protective life. My grandmother wanted me to study further, but one of the directors of AVM Productions was a close family friend and when he saw one of my dance performances, he coaxed and convinced my grandfather to let me take a role. It wasn’t a romantic role but one that centred on dance. At that point, I didn’t even realise what acting was. The film was a big hit, and other films followed.

Did you ever repent joining the film industry?

Never. I have no regrets. The film industry treated me with so much love and affection. 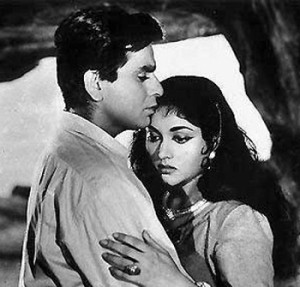 Your name was linked with the Raj Kapoor camp…

(Looking straight at me) That was gossip. Gossip will always be there. As a film star, you are in the public eye. All this was a lot of exaggeration, especially where the RK camp was concerned. Tell me who wasn’t linked with them? In fact, all these ‘links’ are needed to boost the film, [they are] publicity gimmicks. Even in the West, all actors are linked with their co-stars for this very purpose.

Which, according to you, have been your most memorable films?

What I consider to be my best are Ganga Jamuna, Madhumati, Amrapali, New Delhi and Naya Daur.

And your favourite co-stars?

Well, I did the most number of films with Dilip Kumar…

When your son Suchindra sees your films, how does he react?

(Laughing) He’s quite appreciative but when he’s watching one of my films and I happen to be sitting nearby, he looks at me in wonder and says, ‘Mummy, is it really you who has done all that!’

And how do you react?

I am no different. I feel the same way. I really can’t believe it’s me.

You quit films after marriage. You are still being offered roles but you refuse them. Why?

See, after my marriage, it was a mutual decision that I should relinquish films. And I feel that it was a very wise decision, because at that time I was at the top. Even now I am being offered roles, but I decline them. Why would I play mothers’ roles?

It is said that your late husband, Dr Bali, wanted you to quit the film industry and that’s why you did so.

No, it was a mutual decision. He was too gentle and considerate and suave to ever force his views on me. He was a Godsend to me (throws up hands as if thanking God)

How did you meet him?

That was the most interesting phase of my life. During a film shooting in Bombay, I wasn’t too well so the director got him to treat me. That’s how it started. And slowly I realised that when he didn’t come to see me, I missed him a lot. That’s how I knew it was love.

How long did it take you to realise that you were in love with him?

He told me that I realised it much later, though he had realised it earlier. I loved his company. He was a very gentle and kind person. 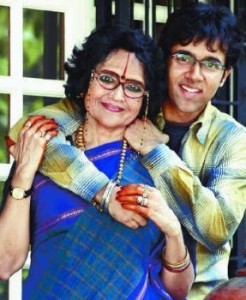 How did you drift towards politics?

My husband thought that I had the makings of a politician, so he wanted me to join politics. It happened over time…in the beginning, we toured Tamil Nadu and saw the chaos around us, how funds were being misused, the people’s disillusionment with the administration. Whenever we toured, we saw another reality: how people loved Mrs Indira Gandhi. So when we visited New Delhi, we met her and told her the state of affairs, and about my inclination towards politics. She was very encouraging.

But weren’t there any apprehensions, with you being former film star?

People knew I was a very serious person. I wasn’t simply hopping from one profession to another. I quit the film industry in 1968 and entered politics in the early 1980s. Nor was I a party jumper; people knew about my integrity.

That’s wrong. But it is a fact that I never said ‘no’ to whatever he said, because I had faith in him. I knew whatever he advised me or did was for my good. We had that kind of bond, our relationship was very strong.

Once you took up politics, was he ever uneasy with you being away from home for days?

We always traveled together. Why should I have traveled alone? Even on the tennis courts or golf course, we were always together. I changed totally with him in my life; earlier I was known to be introverted and closed, but with him around, I was full of confidence and courage. I’d developed an interest in tennis and golf, and my interest in dance became an obsession because he loved Bharatnatyam.

How did you cope after his demise?

After his death, I thought of leaving everything – dance, politics – but then I’d think, how could I leave these things? He’d have wanted me to continue.

“Dr Bali died in 1986 because of a brain haemorrhage and the unavailability of a life-saving drug, glycerol. We needed 10 bottles of glycerol, but managed to procure only one bottle. It wasn’t available at any cost. You can imagine how I must have felt! With all the resources at our disposal, we couldn’t save him because that particular drug wasn’t available. And with that I decided to set up the Dr Bali Pharma Trust, so that we could provide life-saving drugs to those battling for life.”

There was a controversy about your husband’s will, which was contested by his first wife and her sons. How did you fight that legal battle?

My son and I won in the Court. Truth does prevail. Unpleasant things keep happening, what to do? But one must have faith in oneself. I believe in this line, ‘Thus, above all, to thine own self be true’.

Is it tough for a woman to survive in politics?

Yes, it is very tough for a woman to survive. It is dominated by men. Even on all these marches or walks or public meetings, women are jostled and pushed around. It is truly terrible.