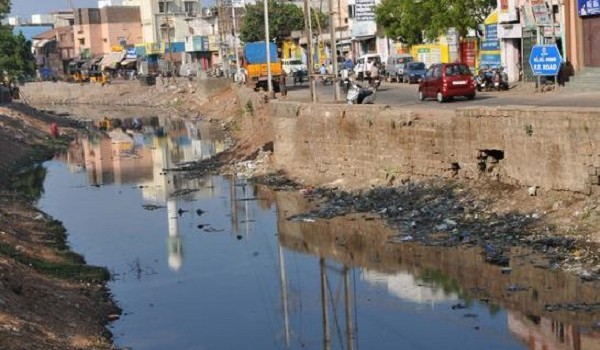 by The Praja Foundation

Every year, Praja Foundation releases a report on the working of Ward Committees and civic problems in Mumbai. What we can see is that the situation of civic governance in the city has deteriorated drastically when it comes to the redressal of citizens’ civic complaints. The civic administration, which is a service providing body, has revealed itself to be inefficient and lax when it comes to resolving civic issues. In 2014, on an average it took at least 87 days for closing ‘contaminated water supply’ complaints in ‘S’ ward and 59 days to ‘repair pipe sewers/main sewers’ in ‘H/E’ ward. Contaminated water supply complaints should be resolved in one day according to the Citizens’ Charter, and sewers should be repaired in 7 days.

To add to these woes, what is seen is complete apathy on the part of our Municipal Councillors, 27 of whom have not raised a single question in ward committee meetings all year! Not only that, there are three councillors who have not raised a single question in the last three years – Anita Yadav (representing Sassoon Dock, World Trade Centre, Geeta Nagar), Ujjwala Modak (representing Bandrekar Wadi – Ismail College – Natwar Nagar) and Jyotsna Parmar (representing Mahim Sonapur – Labour Camp)!

Nitai Mehta, Founder and Managing Trustee of Praja Foundation, says, “Maharashtra Chief Minister, Mr Devendra Fadnavis recently announced Project Mumbai to become an International Financial Centre to attract global investments, jobs and development. How can we achieve this status when basic civic needs of citizens are being neglected time and again? And to add to citizen woes, our elected representatives are clearly not interested in raising civic issues and taking the Executive to task for not resolving them and proving efficient services.”

Despite the many problems in the civic governance of the city, the councillors have not been as active as necessary in addressing all issues. Between 227 of them, the Municipal Councillors have only asked 970 questions in 298 ward committee meetings in 2014, which is a meager three questions per meeting!

Milind Mhaske, Project Director at Praja further added, “Only 35  per cent of the 66,747 civic complaints in 2014 have been closed by MCGM, whereas 63 pre cent have not been addressed.”

On an average it takes the MCGM 17 days to address civic complaints such as contamination of water, drainage chokes and blockages, and lifting garbage, when it should actually take only three days. High rate of complaints regarding these issues is hazardous to the life and health of Mumbaikars. How can we have a global city which is unable to address these basic issues on wards which have seen high rates of contaminated water complaints, such as P/N, K/W, R/S wards, have also seen a high rate of diarrhoea cases (196 cases) in the last three years, and wards where pest control complaints are not resolved, K/E, K/W, P/N wards have the number of malaria and dengue cases (75 cases) skyrocket.

Even though on paper, the system looks good, when it comes to implementation, there are serious flaws. The MCGM already has a decent complaint redressal mechanism, Central Complaint Registration System (CCRS), which should have been a one stop shop for registration of complaints, integrated with latest tools such as Mobile Apps. Despite the existence of 1916 and CCRS, people are not using these services enough. This is mainly because they are not being advertised and promoted sufficiently. A parallel system for pothole complaints has also been introduced, with a separate portal – http://www.voiceofcitizen.com/ in 2011.

According to Mhaske, “The Municipal Commissioner went on to announce that citizens will also be able to register complaints related to Storm Water Drainage and Solid Waste Management in the portal. Plans are being made for systems that are, eventually, never implemented. Ideally, the MCGM should have integrated all the tools into the CCRS and worked on existing gaps to strengthen the system.”

Mehta concludes, “The apathy shown by our elected representatives is appalling. By raising appropriate issues and questions in ward committees, our elected representatives can improve civic governance in the city and see to it that citizens’ lives are made easier. The civic administration should be more engaged with the reality of citizens’ lives and take proactive steps to improve implementation rather than announce lofty schemes.”