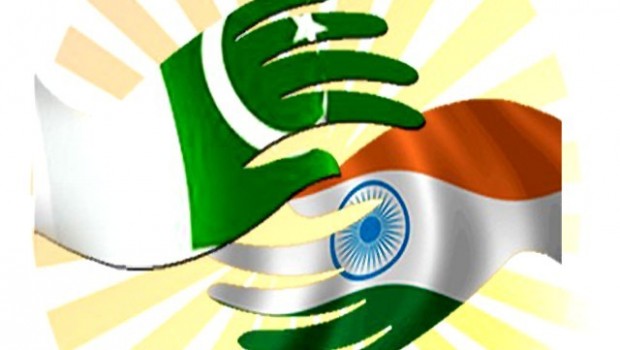 Nobody has pen friends any more. A pity, considering that the value of a word written on a sheet of paper, and read in another country, is much, much higher than a tweet or a post on your friend’s Facebook wall. And if your friend is in Pakistan, and is a person you have never seen before – you may not even know his name – receiving a letter from across the border, and sending your own, in turn, must make the effort extra special.

Children in five Delhi and Mumbai schools experienced this thrill last year, when they wrote to (and received) letters from unknown friends from Pakistan. Letters soon gave way to scrapbooks, scrapbooks made way for video recordings of elders who remembered pre-partition India and Pakistan and spoke lovingly of old friends and relatives now lost to geographical and political boundaries. All of these activities were undertaken by two NGOs – Routes-to-Roots from Delhi and Citizens Archive of Pakistan (CAP) – which coordinated the children’s efforts and ensured that material reached both countries seamlessly.

Mumbai kicks off the second leg of the programme, titled ‘Exchange for Change’ today at Malabar Hill, where actor Juhi Chawla formally inaugurates the programme. This time, the programme is designed around four projects – ‘Letters to the past’, under which children from both countries will speak to their grandparents to understand what life was like before 1947, a ‘Photography series’, under which students will exchange postcards depicting what their lives are like in their countries, ‘Oral history’, under which students share DVDs and create scrapbooks of their perception of life across the border, and finally, ‘Videos’, which will be shot before and after the project to record the students’ expectations of the project; select videos will also be combined and shared across the border.

The participating schools from Mumbai are Adarsha Vidyalaya from Chembur, and Amulak Amichand Bhimji Vividhlakshi Vidyalaya from Matunga. This time around, teachers will also participate in the activity, especially in ‘Letters to the past’, where they will write to Pakistani teachers.

Said Routes-to-Roots founder Tina Vachani, “With a positive response to our first programme (last year), we look forward to Exchange For Change 2012-2013 which will connect many more children, schools and cities this time. We endeavour to spread peace and friendship between the two nations through this project where 3,500 school children with their families and friends shall be involved. We are also creating alumni for the participatory schools from last project, so that students and teachers are still part of it.”

Exchange for Change is a 12-month information exchange programme between Karachi-Mumbai, Lahore-Delhi and Chandigarh-Rawalpindi that involves secondary school children who study in two low-income schools and two medium-income schools. Students in Delhi, Chandigarh and Mumbai who rarely have a connection with those in Pakistan will be encouraged to develop a relationship with their counterparts in Lahore, Rawalpindi and Karachi through sustained exchanges, while building an alternate sense of identity and awareness, as well as have a better understanding of their shared history and culture.

The programme aims for children from both countries to interact with each other through sustained dialogue and frequent exchange of informative material. Tina adds, “The next generation of Indians and Pakistanis increasingly view each other enemies. With barely any citizen-to-citizen contact it is easy to fall prey to the propaganda that is preached on either side. This project is designed to make students understand that there is little or no difference between their lives and the lives of those across the border. We hope that by the end of the project, there will be a marked difference in the way students approach India-Pakistan ties.”