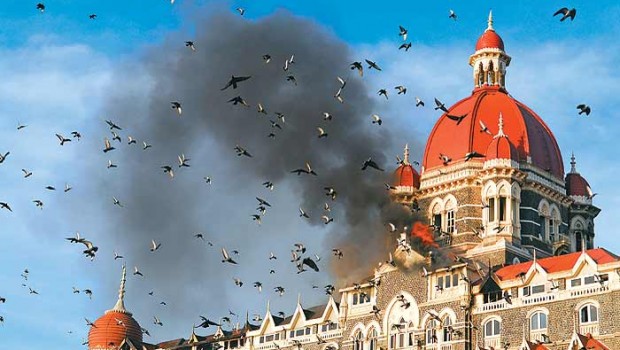 It’s almost like a belated Christmas spirit has taken over the highest offices in Mantralaya. While the Government made the news yesterday for awarding Rs 1 crore each to three women kabaddi players who clinched the World Cup for the country last year, the State has also passed a Government Resolution (GR) to reward a contingent of 46 police officers, mid-level officials and constables, who investigated the horrific 26/11 terror attacks in Mumbai.

In a GR issued on March 25, 2013 by the Home Department, it is learnt that the Government is setting aside Rs 6,58,000 to be awarded in lieu of cash rewards to 43 of the 46 police personnel investigating the 26/11 attacks. Three officers – Rakesh Maria, Deven Bharati and Ashok Durafe – are to received commendatory letters, the GR said.

It may be remembered that after the terror attacks on November 26, 2008, in which timely and courageous police action helped nab a terrorist alive – probably a first in a terror operation of this kind anywhere in the world – and helped conclusively prove Pakistan’s hand in the strikes, a police crack team got to work to investigate the case. Headed by Joint Commissioner of Police (Crime) Rakesh Maria, and supported by Additional CP (Crime) Deven Bharati and ACP Ashok Durafe, the team probed the attacks and prepared a mammoth 11, 750-page chargesheet in three months after the attacks. Thereafter, a 1,500-page supplementary chargesheet was filed.

A few months after the attacks, the State Government had announced that it was mulling a cash prize for the police personnel investigating the case. However, the final amount and how much each of the 43 officials will receive, has been decided only now.

Of the awardees, the highest cash prize goes to Ramesh Mahale, the chief investigating officer who was in the Crime Branch (and who has resigned from his post a few months ago) – he gets Rs 1,00,000. Five others get Rs 25,000 each, while constables get Rs 5,000 to Rs 7,000.

– The reward comes in recognition of successful investigation into the attacks, and the capture of a live terrorist, Ajmal Amir Kasab.

– The attacks took place over a period of 62 hours, and resulted in the death of 170 people.

– Kasab was held guilty on 31 counts, and awarded the death penalty on five counts.

– Kasab filed an appeal against the lower court’s verdict in the Bombay HC, which upheld his death sentence on February 21, 2011.