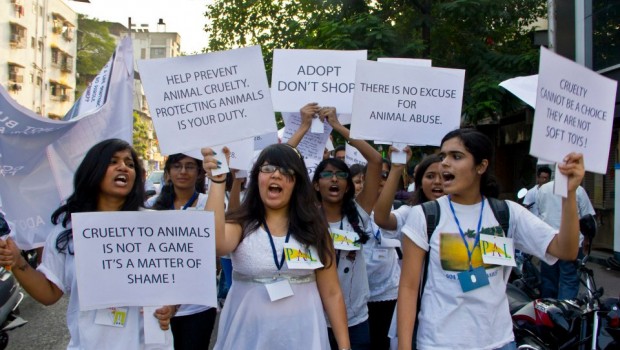 The PAL to animals in Thane

A peace march to spread awareness about and against cruelty to animals in Thane got a more than enthusiastic response. 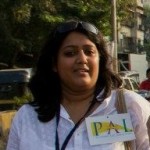 What a great event! We really shook things up in Thane on Saturday, November 24, 2012.

Pet Owners and Animal Lovers (PAL) is a voluntary group of likeminded individuals who have come together to strike a healthy balance between animals and humans in the immediate surroundings around them. Our environment comprises of animals, birds and a myriad of other living beings. Most humans are indifferent and insensitive towards them. PAL believes that a keen awareness of the sentience around us is the key to preserving all existence, including ours.

PAL’s resolve is to make fellow beings more mindful about animals and their inalienable right to co-exist with us in a healthy manner at all times, to show the world how to reach a level of better love and caring within our own selves by a drastic altering of the merciless ways in which we have hitherto been conditioned to deal with the animal and plant life around us. 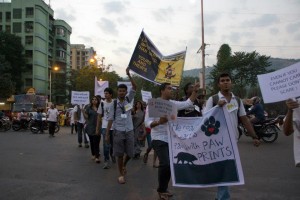 PAL organised a first of its kind peace march against cruelty to animals in Thane on Saturday. Around 200 enthusiastic animal lovers participated in this awareness and sensitisation of the general public. Animal lovers from Thane, Navi Mumbai and Mumbai, driven by passion and a love for animal life around them, walked the five kilometre route starting from Gadkari Rangayatan, Talavpali and ending at Hiranandani Meadows. Shouting slogans and carrying placards and banners, they sought to transform the outmoded beliefs and credos of a past generation, whose actions have largely been anti-animal, anti-ecological and therefore, anti-nature. The peace march also gave valuable information about the Prevention of Cruelty to Animals Act, and about such issues as avoiding dog bites without killing or maiming dogs.

The Prevention of Cruelty to Animals Act exists and under the act it is a punishable offence to harm animals in any manner. Section 428 of the Indian Penal Code states that “Whoever commits mischief by killing, poisoning, maiming or rendering useless any animal or animals of the value of ten rupees or upwards, shall be punished with imprisonment of either description for a term which may extend to two years, or with fine, or with both.”

The campaign also looked at making people aware about humane ways through which they can reduce the dog population and this can be done without killing or maiming animals.

From running around and doing the work of organising the campaign to making things for it, to shouting, chanting and walking, it was one of the best events ever and I really think we shook Thane and made people realise that animals are important.

Aditi Nair started PAL in Thane a few years ago. Write to thanepal@gmail.com or check out the group’s Facebook page at www.facebook.com/groups/palthane.

One Response to The PAL to animals in Thane