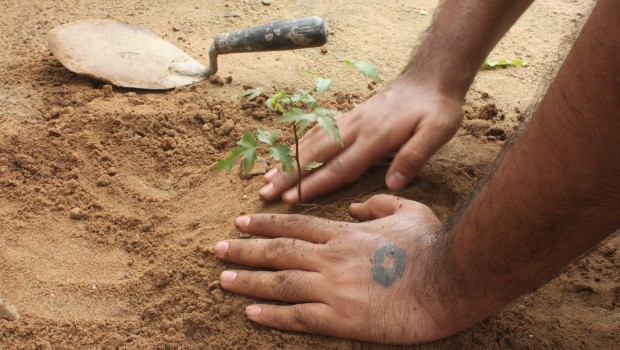 Idea of the year

Two Mumbai men on a mission to plant trees across the country, and involve the nation’s young while doing so. This was the best green idea this year.

Part 7 of the Yearender Diaries

On October 10, two Mumbai men started out on a cross-country tour, armed with basic essentials and a simple idea – travel the length and breadth of the country, visit educational institutions and plant trees with a lot of youngsters watching and participating. 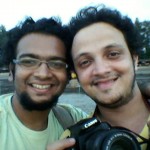 We interviewed Hari Chakyar (26) – one half of the duo, the other is freelance filmmaker Anthony Karbhari – a few days before they started out from Mumbai, and till date, they’ve been to several places, from Chandigarh to Puri, from Jamshedpur to Bhilai; the tour is planned for all the States and Union Territories and will be complete in four months. When we spoke to Hari last, the duo was packing to leave and was tremendously excited to be going.

Since then, the duo has met with several youngsters in the places they’ve been to, held interactive sessions to illustrate their point, and yes, planted trees wherever they’ve been. “Project 35 Trees is about planting trees in all 35 states and union territories of India. It is also about educating students about the need to plant trees and other environmental problems that the world faces,” Hari said, and he’d been quick to point out that though Anthony and he were the initiators of the idea, “…this is a community project that belongs to everybody.”

A typical session starts with a documentary screening about degradation of natural resources, a talk about Project 35 Trees and a Q & A session where students can ask questions. This is followed by a tree planting programme.

Prior to leaving, Hari and Anthony had drawn up a list of schools and colleges where they would be visiting, a list that would grow as the trip progressed. Such a trip also necessitated finding hosts to stay with in almost all the places they would visit. “We are and will be collecting funds for the trip. People can contribute via the Wishberry.in page,” said Hari.

What is the duo’s expectation of the Project? “I would love it if even a few students I speak to decide to take up initiatives to know more and act for the conservation of the environment. We will be ready to help these schools set up a nature club in their schools or colleges, like for a class assignment. It’ll also be awesome if people could plant trees on their own,” Hari said. “For us, Project 35 Trees is also about understanding what environmental problems the country faces. Meeting people who are doing good work in conservation will also help.

Awareness programmes must be included in the scholastic syllabus. Students must be encouraged to participate in awareness and conservation programmes. This will help them make informed, sensitive choices as adults.

A lot of simple human actions affect the environment adversely. When you purchase shells and conches from Kanyakumari, you don’t realise that those creatures are caught live in the waters and boiled in the hundreds to ‘clean’ and beautify them for your showcase. Some women want ivory jewellery made from the tusks of painfully-slaughtered elephants. Did you know that sharks will soon join the ranks of endangered creatures because some of us want shark fin soup for dinner? It’s time to stop taking the world around for granted and finding out which of our actions are causing great distress elsewhere.”

Follow the duo’s progress through the country on www.facebook.com/35trees. You can contribute to the cause at http://www.wishberry.in/Support-Project-35-Trees–14320

‘Diaries’ is a series of stories on one theme. The Yearender Diaries seek to capture the most telling moments, happenings and people in the city this year. Look out for Heartbreak of the year tomorrow.