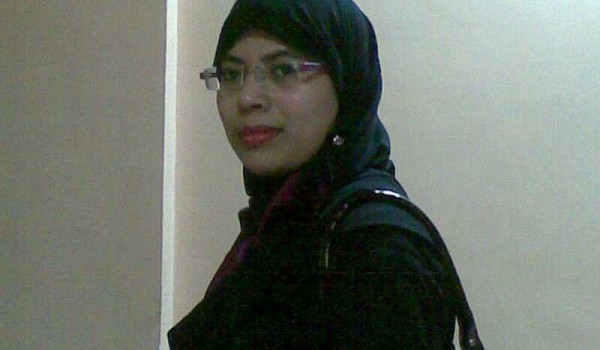 Part 3 of the ‘Women’ Diaries

The case made international headlines when the news first broke – Ishrat Jahan, a 19-year-old student of a Mumbai-based college, was gunned down with three male friends, by police on a lonely stretch of road between Ahmedabad and Gandhinagar in 2004. 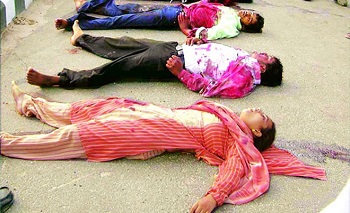 Her family back home in Mumbra heard about the case from the media headlines screaming out details of the encounter – it transpired that Ishrat had been on a ‘mission’ to kill Gujarat Chief Minister Narendra Modi, and was a trained LeT operative. How and why this bright 19-year-old student of B.Sc at Khalsa College got mixed up in the business is still unclear. However, both Narendra Modi and his closest aide Amit Shah have got clean chits in the matter.

After a long fight to get justice for their slain sister, Ishrat’s siblings and their mother are trying to rebuild their lives, though it is an ordeal. Shunned by society and friends, and left to their own devices – after all, who wants to associate with ‘terrorists’? – the family rarely interacts with anybody. However, younger sister Musarrat staunchly maintains that Ishrat was innocent and killed needlessly.

She also says that she has rarely stepped out of her house since Ishrat’s death in 2004. That’s 10 years of locking oneself inside one’s home.

Ishrat, the daughter and loving sister

Ishrat’s mother last heard from her daughter just three days before the former was killed on June 15, 2004. Ishrat had called from Nashik – she had gone from Mumbai by bus to meet her employer Javed there – and informed her mother that she had met him. She had been working as an assistant to Javed Shaikh – her family says that she’d met him just a month before the encounter – who offered her a job in Pune. The job involved frequent travel in India, and Ishrat would be frequently gone for a few days. Though her mother disapproved of the travel, the family was in such dire financial straits that there was no option but to allow her to go.

The family had lost its breadwinner – Ishrat’s father Mohammad Shamim died in 2002 after a long illness – and Ishrat, her older sister Zeenat and younger sister Musarrat started taking tuitions at home to make some money.

I first spoke to the family in the aftermath of the killing, and it was a depressing interview. It was difficult to not be depressed by the pain with which Ishrat’s younger sister, 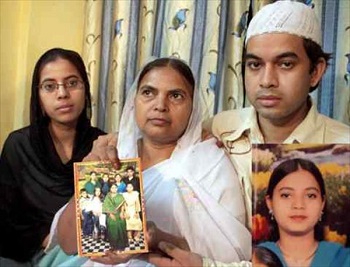 Musarrat and her mother Shamima Begum recalled the second oldest child of the house, how she had been financially supporting the family after the death of their father in 2002.

When I spoke to Musarrat again for this interview, I could hear the sorrow in her voice once again. It is apparent that in these last 10 years, the family has not been able to recover from Ishrat’s cold-blooded murder by the officers of the Ahmedabad Police Crime Branch.

I ask Musarrat if there is any change in their station or the realities they live with today, especially after it is now officially acknowledged that IB officers were involved in Ishrat’s encounter. Musarrat says, “Even now, we have not got insaaf (justice), because the two political men (at whose behest the murders were carried out) are not touched and they have not been named as culprits.”

I ask her to elaborate. She says, “That encounter in which my sister was killed was staged for political gains, so what justice is there if the two politicians – Narendra Modi and Amit Shah – are given a clean chit? After all, these two politicians had concocted the false charge that my sister had gone to (Gujarat) kill Chief Minister Narendra Modi, and so they had her killed in that encounter! They are responsible (for her death) and yet they are not named. Why?”

Though in severe financial problems, Ishrat’s mother and sister continued to wage a battle for justice. To this day, the family stoutly maintains Ishrat’s innocence, and instantly refute the charge that she was mixed up in terrorist activities.

Still, I ask Musarrat, given the people she is dealing with, is she scared about being so outspoken about the issue? “If my family and I were scared, we wouldn’t have fought this case all these years. It’s been very tough for us. We have been ruined, devastated but we are still fighting for justice…we are determined to remove this terrorist tag thrown at my innocent sister, at us, at my entire family. You can’t imagine how difficult it has been for my mother and us to survive all these years. We have been ruined completely, but we are not giving up the fight.”

She adds, “It [Ishrat’s death] was such a blow, on all fronts – emotionally, socially, financially…ever since Ishrat was murdered, we just kept to ourselves and seldom moved out. We have become wary of stepping out and meeting even the neighbours. Our studies got disrupted completely and we were ruined…it was difficult to even survive, forget about books and studies. For five years I sat blank, in a trance-like condition. I gave up my studies, stopped going out, and didn’t meet even any relatives.

“All those years of our life are simply wasted. It’s only now that I have started doing a course, but only through correspondence. Even financially, our situation worsened. Most of my father’s relatives are no more. My maternal grandmother lives on her pension in her native place in Bihar and my mother’s brother also lives there. He is a salaried employee, so he just about manages to support his own family.”

The now 26-year-old Musarrat says that her family, originally hailing from Bihar, has been living in Mumbai for decades. Her father was a small-time builder who suffered heavy losses and died of a brain tumour in 2002. With the  death of her 50-year-old father, the entire responsibility of the family fell on the eldest siblings – Zeenat and Ishrat. Ishrat had even begun taking up part time jobs together with her college studies to keep the money coming in.

Musarrat says that to this day, the family has received no help from the Women’s Commissions which are supposedly there to help and support hapless women and their families. “No Ministry or even any political party has come forward to help us,” she says

And so the struggle continues…

Tomorrow’s diary: ‘I’m a traffic cop, but you make me feel inadequate’.