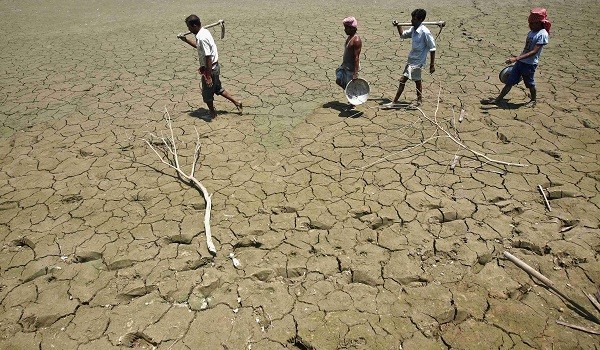 Starving farmers, and children being sold

We’re reaching an impasse as far as solving the problem of ruined farmlands and dying farmers goes – and nobody cares.

Murders, killings and riots over rotis…all of these have taken place in our country in the past, but at the moment, considering the condition of the affected farmlands all over the country, there are signs of even worse things to happen in the  days ahead.

There are two points to consider. One, the condition of India’s farmers has reached pathetic levels. Hundreds have already died and many more could be dying – some of suicides, the rest of starvation. There are talks of compensation for these farmers, but the promised money never comes. A serious Government would have distributed the relief money cheques ages ago. Going by television news report, the compensation money does not even match the gravity of the loss. There are pictures on social media of Rs 2 cheques issued to distressed farmers – where crops worth lakhs of rupees perished overnight…

The other point is this: rising inflation, scarcity of grain and talks of inadequate monsoon this year is likely to kill thousands in the country this year. But have you noticed how immune we are to the news reports of parched lands and starving people? Are we soon reaching a stage where we will sell our own children to buy food? Recently, I watched a chilling news report about baby girls being bought from a Government-run orphanage in rural Telangana. Are we heading towards a time when we will willingly trade and traffic our newborns to fill our stomachs?

It seems that the only way out is to survive on one’s skills. A recently released book Breaking Through – India’s Stories Of Beating The Odds on Poverty, 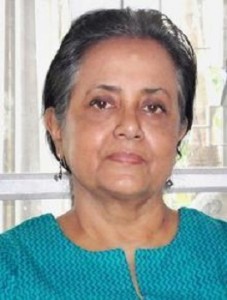 authored by Kolkata-based sociologist Meera Mitra (in pic on right), suggests that those who have fought poverty are able to get through any crisis in life.

I asked Meera if we were actually ‘developed’ as a nation, to which she replied that the present time is a mixed bag as far as social indicators are concerned. “ Indicators like Infant Mortality Rate (IMR) and Maternal Mortality Ratio (MMR) are down from previous times, but there is the damning sex ratio which has fallen to a dramatic low of 918 in 2011. Other indicators are also hopelessly off track for the Millenium Development Goals,” she says.

“The important thing is, with deepening democracy, no party or Government can afford to ignore issues of food security and environment. There is a traditional trade-off between environment and industrialisation but with a greater consciousness and commitment to global dialogue. With the possibility of new technology, that schism can hopefully be offset somewhat while offering a better standard of life,” she adds.