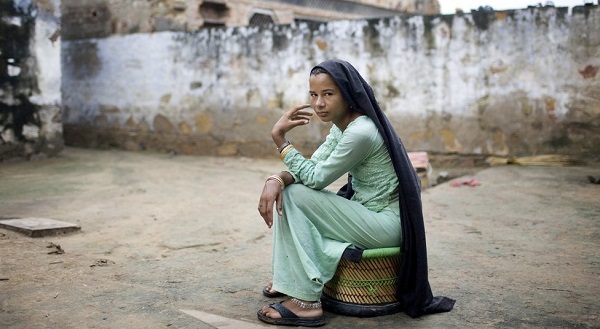 On the occasion of Women’s Day

A Spanish tradition, a bold photo exhibition and a doctor who took to Sufism…women continue to fascinate in many ways.

Today is International Women’s Day, and naturally, everyone’s talking about women and the realities they face in today’s times. But there are some positive signs of women being celebrated the way they deserve, and sometimes in the most unexpected ways.

Last week, at the opening of Italian artist Simona Bocchi’s exhibition, I was introduced to the cultural manager of New Delhi’s Instituto Cervantes. When he gave me his visiting card, I was somewhat intrigued by his name on it. He explained, “My name is Jesus Clavero Rodriguez. In our Spanish tradition, we put the father’s and also the mother’s name along with our first name. Jesus is my name and Clavero is my father’s name. My mother’s name is Rodriquez.”

Well, what a wonderful tradition! And after Women’s Day ends this year, I hope we consider doing something of the kind.

Last fortnight, I viewed a photo exhibition on the girl child, at the India Habitat Centre. Photographs by the Delhi-based photographer 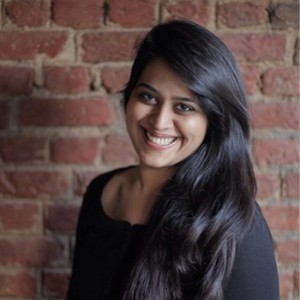 Mansi Midha (in pic on right), who has been travelling to Rajasthan, Uttar Pradesh and around the capital city capture some absolutely hard-hitting shots of the girl child. Mansi did this project with support from the National Foundation for India.

She says, “In the midst of hollow claims of development, the reality is that even in this day and age, there is blatant discrimination against the girl child. It begins even before she is born with female foeticide being an ongoing, horrifying reality. Those who are fortunate to survive are treated as a ‘burden’ and face challenges at every stage.

“In a large number of homes, she could be married off as a child if not burdened with home chores. She is used as child labour, toiling in the heat and stench of landfills, working in the fields for long hours, picking rags in city streets or could be stashed away as a domestic servant. We live in a country where 74 per cent of child domestic workers are between the ages of 12 and 16. Though the Constitution of India guarantees free schooling to all children up to 14 years of age, gender disparities are a marked feature of the unequal access to schools.

“With her childhood snatched away, the girl child’s basic right to education is trampled upon. According to the World Bank, in 2010 India had the third highest number of out-of-school girls in the world with more than 3.7 million. 44.5 per cent of girls are married before the age of 18 and among the reams of material on trafficking in India, there is a staggering Government statistic that a girl child goes missing somewhere in the country every eight minutes …”

I think this exhibition ought to travel to lesser-known locales, so that people become aware of realities to ponder over, and not just on Women’s Day.

I recently met a doctor, Dr Jolie Choudhary Sabiri, who one day decided to give up her medical practice and take to Sufism. I couldn’t believe that this attractive 59-year-old doctor from Assam gave up all her worldly comforts and now goes travelling to Sufi dargahs.

She says, “I was born in a Hindu family in Assam and studied in a Christian school, at the Loreto Convent in Shillong. I have now taken to Islam, I call myself a Muslim Sufi. Somehow, as a medical doctor, I felt like a misfit, for I was always inclined towards literature. I was pressurised to pursue the medical profession because my father and grandfather were well-known doctors. I practiced for many years, even served in Bhutan, but about 10 years ago, I gave it up and moved towards Sufism. Now I travel to Sufi dargahs. Maybe one day I will write a book on my travels and on the Sufi tradition.”

But is she any happier today? She says, “I have gone through terrible tragedies in life. Today, though there is loneliness, I am at peace. It is hard financially, as I am living on my savings. Travelling is tough for a single woman, but I’m so drawn to these dargahs that nothing can hold me back.”

One hopes that this doctor-turned-Sufi will write a book. It will be refreshing to read about this woman born in an upper middle class family, give it all up in the search for a higher truth in far flung locales of this land.

Humra Quraishi is a senior political journalist based in Gurgaon. She is the author of Kashmir: The Untold Storyand co-author of Simply Khushwant.

(Pictures courtesy www.bbc.co.uk. Featured image was one of the photographs on display at Mansi Midha’s exhibition)