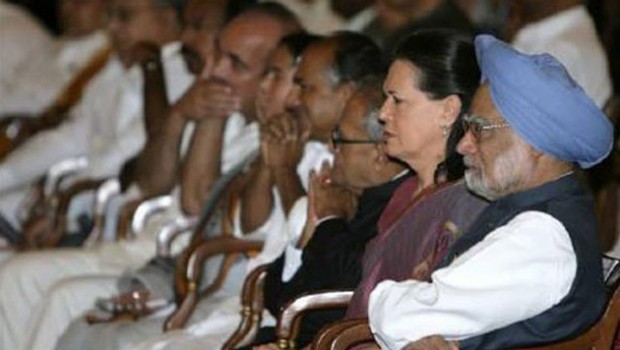 The recent Cabinet reshuffle in Delhi happened and within minutes, one could hear the rumblings of people reacting to the news of over 20 changes in the old team – wherever you went, you could hear people saying, “BJP , SP, BSP or Congress, there are thieves in each one of them!” The reshuffle doesn’t seem to have impressed anybody here, in fact, it is becoming increasingly difficult for politicians to sway today’s Indian with reshuffles and promises, whether at the Cabinet or the municipality level.

Placements and displacements, shifts in portfolio and power, changes and re-changes, moves and  counter moves…they are no longer good distracting tactics. Those days are gone, dear politicians!

The small screen, together with the likes of constant rabble rouser Arvind Kejriwal are responsible for bringing about a greater awareness about what really goes on in the corridors of power. This awareness is nudging the average Indian to look beyond the obvious, crane his neck to look for what goes on behind the faces and the people at centre stage, occasionally glance at the Right too. And with this increased awareness and greater surveillance by the media, skeletons are rapidly tumbling out of several high-profile closets.

Each time I see Arvind Kejriwal on TV, he looks frailer but more determined to fight the good fight. He  is  diabetic, so it is a sheer wonder that he is managing to take on the accompanying stresses of his campaign – and its invariable offshoots – and still going strong with mini or full-blown revolts.

These recent movements have certainly caused a churning in the political landscape, but its gathering momentum could well be derailed not by being trampled by police boots and brute force,  but simply because the man on the street, who can really drive this momentum, has more important things to do – like fight for his survival. Political shifts and rumblings go on almost parallel to the malnourishment and semi-starvation faced by the common man due to rising inflation. The daily  realities and ongoing struggles for survival are what take centre stage for the common man just now, so to expect him to have some more grit for a larger fight is a bit much.

And though I have never been to Egypt, I’ve keenly followed the unrest there, and seeing the average  Egyptian’s well-built form, I remember thinking that they seemed better fed and structured  than us Indians. Perhaps their good health helped them relentlessly march  towards Tahrir  Square. If we had a similar demonstration here, we would get bullied on the way by thugs, or at the very least, faint in the heat.

Humra Quraishi is a senior political journalist based in Gurgaon.

One Response to Of reshuffles and survival instincts