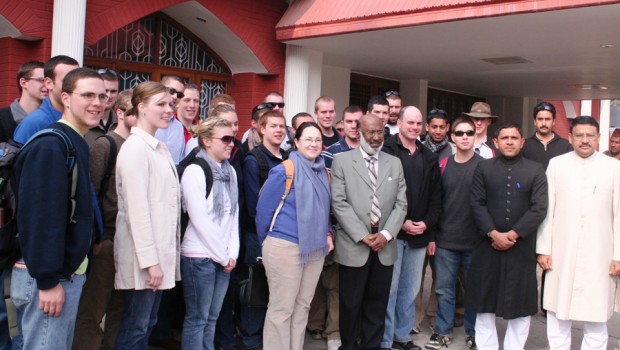 Open Doors further reports that while the United Kingdom was still the top destination for American students , as also Italy, Spain, France and China, an increasing number of Americans were opting to study in “several non-traditional destinations outside Europe, such as Brazil, Costa Rica, India, and South Korea.” The increase in numbers of Americans coming to India in the 2011-2012 academic year has thus made India the 11th leading destination for away studies.

Further, in an effort to increase opportunities to study abroad in priority countries, the “State Department’s Bureau of Educational and Cultural Affairs awarded 10 grants to expand capacity of American institutions to send US students abroad, and the capacity of host institutions overseas to receive them.”

Says Adam J Grotsky, Executive Director, United States India Educational Foundation (USIEF), “US universities are making strategic efforts to engage in India, which include comprehensive initiatives on India at their home campuses. US universities and study-abroad consortiums have developed more programmes in India, and I believe more American students are attracted to India because of the efforts made at their home institutions to teach about the economic, strategic and cultural importance of this region of the world.”

But Indians going to US have decreased

As per the report, there were increases in the numbers of students going to the US to study from 12 of the top 25 places of origin such as Brazil, China, France, Indonesia, Iran, Mexico, Russia, Saudi Arabia, Spain, the United Kingdom, Venezuela, and Vietnam. “At the same time, numbers declined from several major sending countries, including India (down by four per cent), South Korea, (down one per cent), and Japan (down six per cent). The factors driving these declines may include global and home country economic factors, growing higher education opportunities at home, and stronger employment opportunities at home after graduation.”

One Response to More Americans studying in India