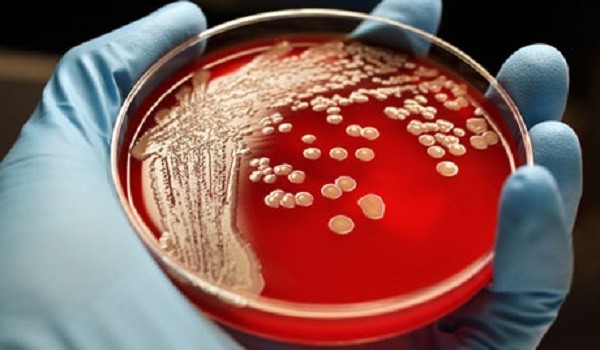 A just released WHO report looks at antibiotic resistance globally and finds a very dismal picture for South East Asia.

A new report by the World Health Organisation (WHO) – the first to look at antibiotic resistance globally – reveals that this serious threat is no longer a prediction for the future, it is happeningright now in every region of the world and has the potential to affect anyone, of any age, in any country. Antibiotic resistance – when bacteria change so antibiotics no longer work in people who need them to treat infections – isnow a major threat to public health.

“Without urgent, coordinated action by many stakeholders, the world is headed for a post-antibiotic era, in which common infections and minor injuries which have been treatable for decades can once again kill,” says Dr KeijiFukuda, WHO’s Assistant Director-General for Health Security. “Effective antibiotics have been one of the pillars allowing us to live longer, live healthier, and benefit from modern medicine. Unless we take significant actions to improve efforts to prevent infections and also change how we produce, prescribe and use antibiotics, the world will lose more and more of these global public health goods and the implications will be devastating.”

The report, ‘Antimicrobial resistance: global report on surveillance’, notes that resistance is occurring across many different infectious agents but the report focuses on antibiotic resistance in nine different bacteria responsiblefor common, serious diseases such as bloodstream infections (sepsis), diarrhoea, pneumonia, urinary tract infections and gonorrhoea. The results are cause for high concern, documenting resistance to antibiotics, especially“last resort” antibiotics, in all regions of the world. 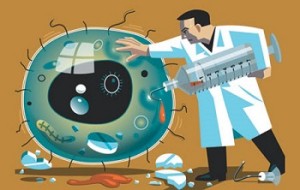 Key findings from the report

– Resistance to one of the most widely used antibiotics for the treatment of urinary tract infections caused by E coli – fluoroquinolones – is very widespread. In the 1980s, when these drugs were first introduced,resistance was virtually zero. Today, there are countries in many parts of the world where this treatment is now ineffective in more than half of patients.

– Treatment failure to the last resort of treatment for gonorrhea – third generation cephalosporins – has been confirmed in Austria, Australia, Canada, France, Japan, Norway, South Africa, Slovenia, Sweden and theUnited Kingdom. More than 1 million people are infected with gonorrhoea around the world every day.

– Antibiotic resistance causes people to be sick for longer and increases the risk of death. For example, people with MRSA (methicillin-resistant Staphylococcus aureus) are 64 per cent more likely to die than people with anon-resistant form of the infection. Resistance also increases the cost of health care with lengthier stays in hospital and more intensive care required.

The available data reveals that antibiotic resistance is a burgeoning problem in WHO’s South-East Asia Region, which is home to a quarter of the world’s population. The report shows high levels of E coli resistance to third generation cephalosporins and fluoroquinolones – two important and commonly used types of antibiotic – in the Region. Resistance to third generation cephalosporins in K pneumoniae is also high and widespread. In some parts of the region, more than one quarter of S aureus infections are reported to be methicillin-resistant (MRSA), meaning that treatment with standard antibiotics does not work. In 2011, the health ministers of the Region articulated their commitment to combat AMR through the Jaipur Declaration on AMR.

Since then, there has been growing awareness of the need for appropriate tracking of drug resistance, and all countries have agreed to contribute information to a regional database. “Combatting drug resistance is a priority area of work for WHO in the Region,” says Dr Poonam Khetrapal Singh, WHO Regional Director for South-East Asia. “We need to act now to use antibiotics rationally, ensuring their availability for future generations.”

The report reveals that key tools to tackle antibiotic resistance – such as basic systems to track and monitor the problem – show gaps or do not exist in many countries. While some countries have taken important steps inaddressing the problem, every country and individual needs to do more. Other important actions include preventing infections from happening in the first place – through better hygiene, access to clean water, infection control inhealth-care facilities, and vaccination – to reduce the need for antibiotics. WHO is also calling attention to the need to develop new diagnostics, antibiotics and other tools to allow healthcare professionals to stay ahead ofemerging resistance.

This report is kick-starting a global effort led by WHO to address drug resistance. This will involve the development of tools and standards and improved collaboration around the world to track drug resistance, measure its healthand economic impacts, and design targeted solutions.