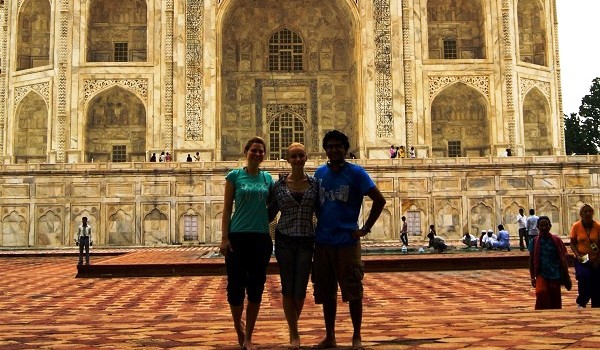 We all know how big a pain it is to plan one’s travels! And if the trip happens to be to a foreign locale, the task becomes even more tedious. Some people might take refuge in the service of major tour operators, but don’t we all know how it feels to be part of a herd, moving together in packs and doing things which are pre-planned by the tour operator?

Now imagine the plight of foreign tourists when they think about travelling to a diverse and complex country like India! The good news is that they need not spend sleepless nights any more, as two Mumbaikars have teamed up to solve their travel woes. ‘India Someday’ is a travel start up by Harsh Sonawala (28) and Abbas Slatewala (29) that offers customised India tours to foreign tourists. 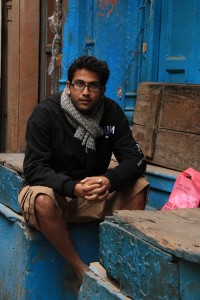 Harsh (in pic on left), who has tried his hands at many crafts like advertising, film editing and eCommerce before starting India Someday, was always a traveller at heart. “I would pick one State and travel across it for like one month, mostly alone,” he says. On one of his travels, he met Abbas (28), also a hard-core travel junkie, in 2008. A common love for trekking and travelling brought them together. They planned a trip to Bhutan and got along a few friends, too. “All our friends loved the trip, the way it was planned and the overall execution!” exclaims Harsh. “Also, I was unofficially helping a lot of friends plan their travels, so all of this got me thinking that it was a good business model.”

Starting out
They started off by creating a structured process for the work they were already doing – assisting their friends with trips. One of the first things that they decided was to call themselves ‘Travel consultants’ and not tour operators. “We assist people in planning trips; the clients play an important part in the planning. We don’t simply hand them an already cooked plan as a trip,” says Abbas.

Having the process set up was just the first step. Next, they needed partners, so they began with hotels. “Getting hotels to acknowledge us was a big challenge,” remembers Harsh. Building relationships with hotels proved to be a tough ask; some hotels, initially, just wouldn’t work without upfront payments.

What so special?
The USP of India Someday is that trips are all entirely customised, and the process is completely transparent, with a clear picture of services offered and the complete fee provided. “We even give people the option to book their own tickets if they want to,” says Abbas. The duo also does not recommend places or hotels to their 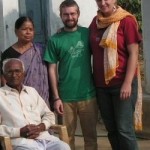 clients unless they have been to those places personally. “The biggest differentiating factor is that we are travel enthusiasts running a travel company and so our perspective matches that of our customers,” says Harsh.

Marketing the company
When asked about marketing India Someday, Harsh said that they haven’t spent a single rupee on marketing. “Our first customer was a friend’s friend,” he says. After that they set up a Facebook page and things just began to snowball!

The first year saw most of the customers coming in from their friends’ references. A unique and innovative step that they took was to give prospective clients the contact details of past customers so that they could get in touch with them and check about the service personally. “This helped us build a lot of trust with our clients,” says Abbas.

The decision to stay away from advertising was a conscious one. “We are a team of four and we don’t think that we would be able to handle all the traffic generated by any advertising,” 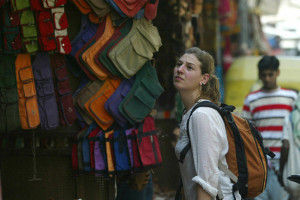 says Harsh. They say that they don’t need advertising right now as word of mouth has worked wonders for them thus far.

Harsh and Abbas, however, won’t just stay limited to word of mouth and are planning for international PR by hiring a few interns in France and Germany, countries which provide the bulk of their clients. They also plan to hire a few more interns to handle the increasing number of customers.

Going from strength to strength
Their three-year-old company has witnessed double digit growth, starting from 40 trips in 2010 to 100 and around 200 trips in 2011 and 2012 respectively. The company earned around $300,000 last year, a remarkable feat for a small start up.

The journey, however, had its fair share of problems. “We wish we could have expanded quicker but the nature of our business model doesn’t allow us to do that. And if we try to change the business model, try to become more formal, cut times, then we won’t be India Someday,” says Abbas. Finding good employees is another major challenge for them.
On the brighter side, meeting their clients and receiving positive feedback from them is very encouraging. “We recently met a large Columbian family and every member had liked something or the other about the trip,” says Abbas. It is always good to receive feedback and advice from clients, they add.

Many valuable lessons have also been learnt in these three years. “Partnerships are tough,” exclaims Harsh. He says they have learnt a lot about running a business in a partnership. “Finding the middle path is important, as is respecting each other’s thoughts,” adds Abbas. 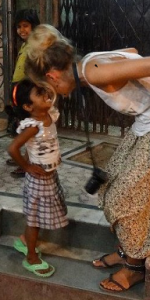 India Someday recently got itself a new office and the duo has been spending a lot of time planning the firm’s future plans. “We are targeting 350 trips in this financial year,” says Abbas. “We will be marketing ourselves and also hire new people,” adds Harsh.

The biggest trick up their sleeves, however, is their plans to start a travel consultancy for Indian tourists as well. “We are looking at Asia for this, as both of us have travelled a lot across Asia and it is also comparatively cheaper than the West,” explains Harsh.

Both Abbas and Harsh, after having worked for different corporates, seem to have found their calling in entrepreneurship. “I never had a problem working for someone, but I hated being just a cog in the wheel,” says Harsh. Abbas feels that, “All entrepreneurs will eventually end up doing something because it either makes business sense or because they are passionate about it!”

Check out India Someday at http://www.indiasomeday.com/