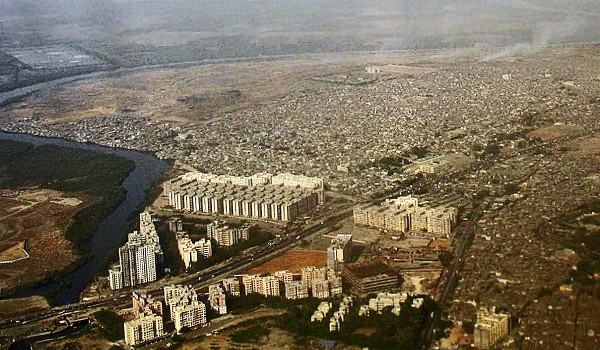 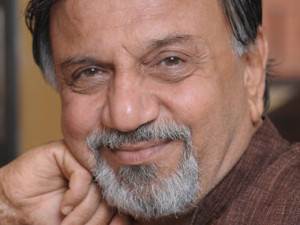 [Background: Four months after the Maharashtra State Government revised its rates for leased plots in the city, 149 occupants of such plots in Mumbai’s suburbs have begun receiving notices asking them to either start paying the revised annual lease rent – running into several hundred times what they have been paying so far – or a onetime occupancy fee (ie one-fifth of the plot’s Ready Reckoner value). They will have until the end of 2013 to choose either option. Some of these names include actor Shahrukh Khan and industrialists Azim Premji and Ratan Tata. Till now, they had been paying nominal rents up to Rs 2,500 per year.]

Would you believe that Maharashtra loses over Rs 25,000 crore annually because of carelessness/corruption, and this has not been exposed so far?

The recent scams which have been unearthed give me a feeling that we may actually be quite well off with enough resources. If the lakhs of crores of public resources being given away and snatched away by the few were to come to the public exchequer, we could be quite comfortable as a nation. I have been pursuing one such scam in Maharashtra in which I believe a few thousand crores of public money is being lost to benefit a few.

Maharashtra’s debt is about Rs 2.7 lakh crore, and we pay the interest for this. A State owns many resources on behalf of citizens. One of these resources is land. Governments sell some of the lands and give some on lease. The idea behind giving certain lands on lease is to basically have an inflation-proof investment and sometimes, to encourage  certain activities. Hence it offers lands on lease. It wishes to retain the land so that it may basically ensure that its revenue matches with the growth in inflation.

A lease is legal transaction which primarily lays down the area which is leased, purpose for which the land is to be used, period of lease, lease rent and certain other conditions. When the lease expires, it may be renewed with the lessor increasing the lease rent as per the market price which reflect the inflation in the intervening period.

When any individual or institution gives land or a property on lease and the lease expires, a fresh lease is drawn up at the prevailing market rates if the lessee wants to continue. This simple principle has not been followed in Mumbai and possibly in the State of Maharashtra. I have been told that this is true all over the country.  Some leases are renewed, while some are allowed to continue occupying the land at the old rates. What are the reasons for such irrational actions?

This may be due to carelessness or corruption.

I had discovered this in 2005 and drawn the attention of the Chief Secretary to this in a letter titled ‘Arbitrariness and huge loss of public money in public lands given on lease’. I have now got the scanned copy of the file relating to this which has over 600 pages over the years, and has ended on a bizarre note. The Supreme Court in the 2G case has said, “In conclusion, we hold that the State is the legal owner of the natural resources as a trustee of the people and although it is empowered to distribute the same, the process of distribution must be guided by the constitutional principles including the doctrine of equality and larger public good.” The poorest man who may be starving is an equal and rightful owner of this land, and it is necessary that the appropriate revenue is obtained for him.

I looked at the list of leases of lands given by the two Collectors of Mumbai (obtained in RTI) and decided to calculate the worth of the lands where lease deeds have expired and unauthorised occupiers are allowed to continue.

Let me first share the route the Maharashtra Government has decided to adopt after eight years of confabulations: The Government has decided to offer the lands to the lessees at about 20 to 30 per cent of the value! I am shocked at this irrational action of the Government and think it is about time, citizens defend their revenue by telling the Government they will not accept this approach. The detailed calculations are given in the attached two excel spreadsheets. In the case of the information about leases provided by the Mumbai collector, in 103 cases there is no mention of the lease date and period of lease. Despite a specific query by me using RTI, the PIO has said they will need two to three months to provide this information!

How I arrived at my calculations

There are also other Government agencies like BMC which  have similar lands in Mumbai. My calculation estimates that there is an annual loss of about Rs 1,550 crore by Mumbai Collector  and about Rs 1,200 crore due to the Suburban collector, i.e. a total revenue loss of Rs 2,750 crore each year. The Government now proposes to give away ownership rights to the lessees for Rs 2,248 plus Rs 1,841 crore one time!

Citizens must protest before the Government dispossess us of our land and legitimate revenue. If we can get the Government to auction the leases in Mumbai and all over Maharashtra we could have a revenue stream of over Rs 25,000 crore each year. Citizens and media need to make the Government get the appropriate revenue by fixing lease amounts at current rates. Also this is a revenue stream which is a partial hedge against inflation, saving future generations from having to pay ever higher taxes. The revenue loss in Mumbai is around Rs 2,500 crores, without taking into account lands given by other agencies. The geographical area of Maharashtra is about 700 times that of Mumbai. It is most likely that the revenue loss on this account will be over 10 times that in Mumbai, ie. about Rs 25,000 crore. Is it likely that for the entire nation this figure may be upwards of Rs 2 lakh crore.