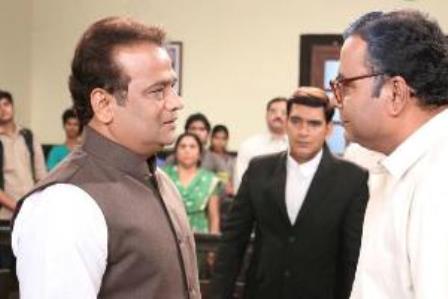 Written and directed by Rommel Rodrigues, Gurukul is a social drama that centres on ‘Gurukul’ an educational institution in a town named Ranjangaon. Its head, Nanasaheb Vishwanath Gokhale (Nagesh Bhosle), is fondly referred to as Guruji. The film starts with a party thrown for Ravi Thakur, one of Gurukul’s ex-students, who has won the CEO of the Year award. His friends Rishi and Rajeev also meet in the party along with their spouses. The three couples have been ex-students of Gurukul, and they plan to take some time out of their busy schedules to visit their college and Guruji.

During their road trip to Ranjangaon, they remember their good times at Gurukul and the film goes into flashback. The story starts from the day they enter the premises of Gurukul for the first time. One day, Rishi sees the news item of a Lavani show and plans to go with Ravi, Rajeev and another classmate. They cautiously leave from the hostel and reach the place; however they are not able to find the place where the show is happening; instead, the person guiding them takes them to bar where they play cards.

The bar is raided and everyone is arrested, however once Rishi and his friends say they are students of Gurukul, the police inspector takes them directly to Guruji. On hearing the incident, Guruji reacts in a very gentle manner towards the four students.

By the end of first half, these three couples are shown to graduate from Gurukul. It is in the second half of the movie, that the audiences realise that the existing Gurukul is different from the past one and also Guruji is no longer serving there due to local politician Girishbhau Velangekar (Vidyadhar Joshi) who has taken over Gurukul by fraudulent means.

Only the Lavani number sung by Asha Bhosale and the film’s plot can entice you into watching this film. The pace of the film is patchy and the first half is really boring. Watch at your own peril.