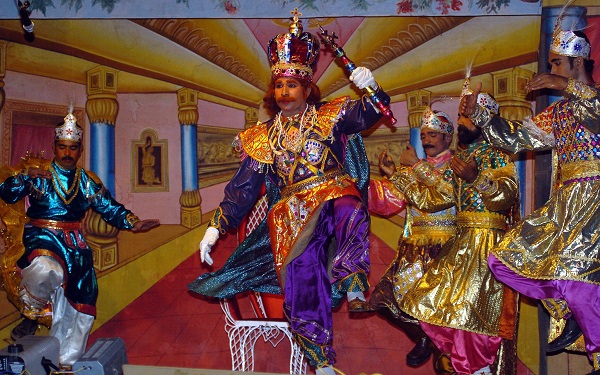 Human life is incomplete without cultural identity. When people migrate to distant shores, they take with them aspects of their culture, which then mix with the local cultures to create unique cultural expressions. Chavittu Natakam, India’s most ancient maritime theatre tradition is one such cultural expression that came out of such a mixing of cultures – drawing from the European operatic tradition carried by the Portuguese Christian missionaries who came to Kerala’s shores post the 15th century, and merging with the local Kerala martial arts and dramatic traditions. 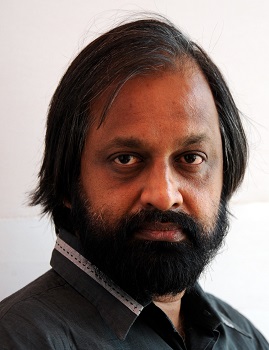 Starting today, the Keli Festival, a three-day festival to be held at the YB Chavan Auditorium, Nariman Point and Prithvi Theatre, celebrates Chavittu Natakam. Performances over the three days will retell the history of Emperor Charlemagne’s capture of Turkey, and the events that unfolded thereafter. The Metrognome spoke to Keli Festival director Ramachandran K (in pic on left) about the festival; he has been the Festival’s Director since its inception in 1992.

Why did Keli think of bringing Chavittu Naatakam to Mumbai?

I was the special curator for the cultural programmes of India’s premier biennale that happened in Cochi last year. During my work I came across this art form and associated with it. I realised that the historic relevance of this art form in the art history of the world is not yet unveiled. It was not much presented outside Kerala, except for one performance that happened in the 60s in Delhi. It was in these circumstances that our organisation KELI decided to do this year’s annual festival with Chavittu Naatakam as the main theme and to propagate the strength of this art form to the maximum possible extent.

What is the response you anticipate to the Keli Festival this year?

Fairly good. We have had lots of enquiries already.

Can you elaborate a bit on Chavittu Naatakam’s importance in present-day life?

It is the only existing, most ancient maritime theatre tradition in India. It is quite remarkable that it passed the test of time for over five centuries.

Chavittu Naatakam has a significant place in the art history of the world. [It is] A pattern of culture that migrated from across the sea; a theatre form that was nurtured and

Unfortunately, no serious research or academic studies have been done on this fascinating art form so far, nor have academies and state patrons extended significant attention towards preserving and propagating this tradition. The form lives on due to enthusiastic artists, passionate audience, and the support and dedication of a very few art lovers.

What has been the most satisfying part of being associated with an initiative of this sort?

Bringing the Indigenous artistic strength of India’s rural locales to the metros, with their purity of tradition.

Why do you think that Mumbai needs to be exposed to Chavittu Naatakam?

Mumbai should acknowledge the proud legacy of the only maritime theatre tradition in India. I also feel that artistic traditions should be explored more and should be presented without being compromised on quality.

Name of Subtext: Story of Anjelikka