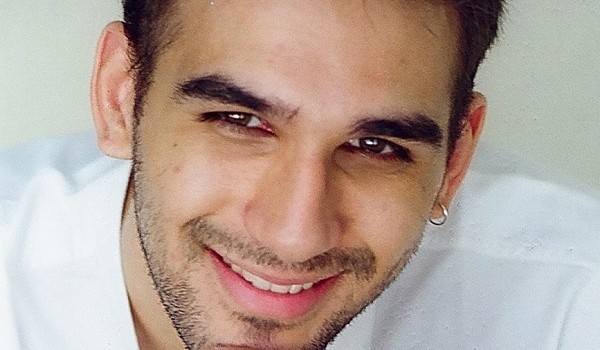 ‘I love Mumbai because it welcomes new ambitions’

From film actor to debutant author, Olivier Lafont has donned several creative hats – and he’s coming back to the movies.

He was the hilarious ‘Price tag’ in the film 3 Idiots, which was his debut performance in a Hindi film. However, few knew at the time that the petulant, money-conscious Suhas Tandon of the film is in reality Frenchman Olivier Lafont (35) – his fluency in Hindi helped masked that fact.

Olivier has worn many hats thus far – apart from acting and modelling in umpteen ads, he is also a screenwriter, director and now author of the book Warrior. The Metrognome interviewed the handsome artist on his life in India, his work, his inspiration for writing and his love for Mumbai, where he lives.

Can you tell our readers a little about your childhood and growing up years? 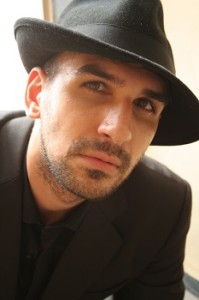 My upbringing was primarily French from an early age, linguistically and otherwise. My family moved from France to India when my father took a posting here by the French Government for his historical research on the Indian subcontinent. So here I was at the age of seven, in Delhi, not speaking a word of English or Hindi. It was tough initially. Also, although I lived in India I went to the American Embassy School, so I grew up in an American-style cultural bubble at school, and a French bubble at home.

How did you get so proficient in speaking and writing Hindi?

It was only after I went to university in the USA and returned to India that I decided to teach myself Hindi. I started with the alphabet, which is beautifully phonetic, and built on it from there.

The casting director, the lovely Amita Sehgal, was familiar with my work in ad films and called me in. I improvised the party chutney scene from the film, and I guess Raju Hirani liked it well enough to cast me. Raju Hirani was a wonderful director – precise and clear about what he wanted but also extremely liberal. My approach was actually inspired by my French background. I used the French tradition of physical comedy from the comédie de mœurs, the comedy of manners in English, to prepare the character’s comic style.

You’ve covered a gamut of creative professions – actor, model, writer, director, producer. Which of these draws you the most?

Acting and writing, primarily. I find the most satisfaction and interest in these two fields.

What is your inspiration when you write?

I’m usually already on a run of inspiration when I write. The story itself has to inspire me, otherwise what’s the point? When I write I’m also enacting the scene, living it very vividly, and that’s really 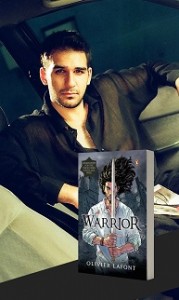 inspiring and serious fun – crafting the characters, their dialogues, their decisions, the plot…

Can we expect to see you in any more Hindi films soon?

As of now I’m especially focussed on Warrior. I’ve just written a feature film script, however, with myself as the main character. After having written scripts for other directors and producers, I’m finally doing it for myself. It’s a really fun comedy, a hilarious story that I’m looking for a producer for.

Aside from that, I’d like to do some more dramatic work, something dark and compelling, or even an action film.

How did your book Warrior happen?

Warrior was originally a feature film script I wrote more than a dozen years ago. Back then I wanted to write a film that was a large-scale special effects extravaganza, something that would be genuinely Indian and completely original. I wrote the script, and then moved to Mumbai to write my actual first film (Hari Om), so I put Warrior away for a while. Some years later I began to get some time free, and I wanted to write a book, so I picked up Warrior again. When I finished the novel I became busy, and put it away. Eventually I started sending it out to publishers, and was pleased to receive two offers in the same week. I decided to go with Penguin, and here we are.

What has been the first reaction to your book?

It’s early days yet, but so far I’ve heard that people are responding with enthusiasm to the book, to the trailer, to the cover contest with Talenthouse.

You have lived in Delhi and Mumbai, among other places in India. What fascinates and disturbs you the most about Mumbai?

What fascinates me about Mumbai is its life. It’s like a hive, everyone is always doing something somewhere. And there’s space for everyone who comes, it’s a city that welcomes new dreams, new ambitions.What disturbs me, however, is the growing congestion as a result of that. 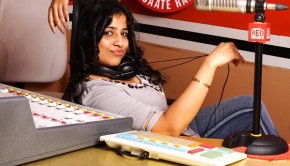 Student? Interested in a media career? Check this out. →