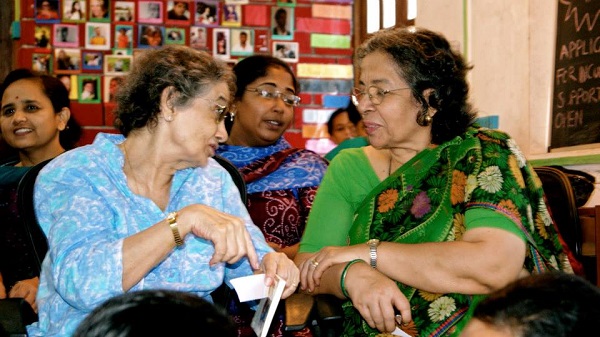 The seminars got a very good response from participants and especially from stakeholders such as nursing schools, caregivers, family members of dementia sufferers, occupation therapists, matrons and nursing tutors, among others.

A senior nurse from Bhakti Vedant Hospital said, “As a nurse, very often I come across old patient [suffering] with Alzheimer’s. I always found it difficult to understand their behaviour. This seminar helped me understand the point of view of the person with dementia and the five golden rules given in the seminar will definitely help me to work more efficiently in caring for patients with dementia.”

‘I had to put variety of locks on my front door,so that my husband diagnosed with severe dementia, doesn’t go out of house and forget his way back home. But this caused more agitation and aggression in him. This seminar gave me tips to solve this problem and they are simple and easy to implement. It will also give my husband a sense of independence and at the same time, I can keep him safe,” explained a family caregiver of a person suffering from dementia.

See a few pictures from the event: