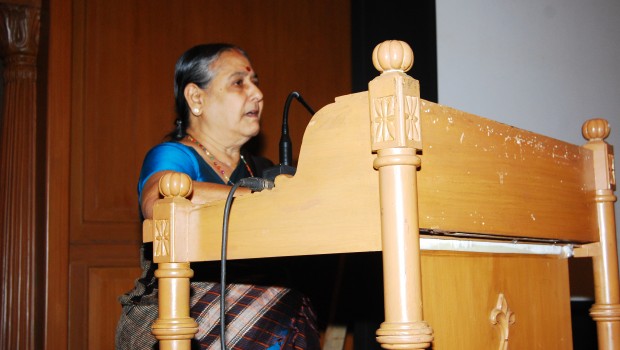 After the Government’s announcement of an all-women nationalised bank in the country, the State Governor’s wife wants all-women police stations.

This is getting serious. In the Budget announced last month by Finance Minister P Chidambaram, there was an announcement for an all-woman nationalised bank to be launched later this year. Apart from that announcement, Chidambaram had laid heavy emphasis on women’s safety and security in the light of growing crimes against them.

Today, on the occasion of Women’s Day, a prominent woman – in fact, the wife of the State’s First Citizen, the Governor – expressed a desire for all-women police stations in Maharashtra and the country. Radha Sankaranarayan wished for a more sensitised police force and Courts, and in this connection, she said, “Opening of all-women police stations will give confidence to women to come forward and report crimes against them.”

She was speaking at a seminar on ‘Time for action to end violence against women’ organised by the United Nations Population Fund in association with the Department of Public Health, Government of Maharashtra, at Sahyadri State Guest House in Mumbai. She said, “As a woman, as a mother and as a grandmother, I feel sad, angry and at the same time helpless when I read reports of incidents of violence against women, sexual assault on small girls and even on toddlers. In some cases, the trauma of the victim ends with death. I feel benumbed.”