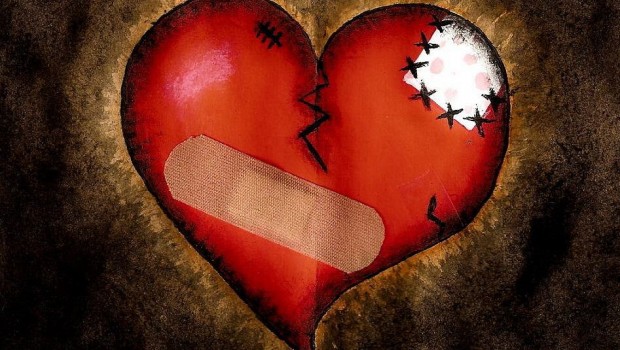 Are you going through a bad breakup; moping about the house in day-old clothes and thinking that all that was best and brightest about the world dissolved in one heartbreaking moment? Did you contemplate suicide, and then head to bed to sleep off the nightmare? Looks like you hadn’t heard of www.breakuphelpline.com.

“We started this helpline in July this year because we wanted to lend a virtual shoulder to those who had suffered a break-up. The plan is to help a person tide over the heartbreak in a month’s time. We thought that our target audience would comprise young adults, but we started receiving e-mails from older age groups and senior citizens too. It is the only help line of its kind in the world,” claims Ankit (25), the brainchild behind this site.

“The logic driving it is simple – when you’re going through a break-up, your recovery might be quicker if you reach out to a stranger rather than a friend who cannot always offer you comfort and encouragement,” he explains. 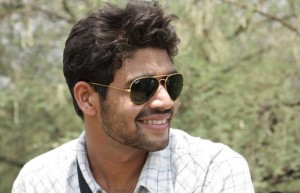 Ankit should know. Over a year ago, his relationship with his then girlfriend ended. “After three bad weeks, I focussed on myself again,” he remembers. “I love to run, so I registered for the Mumbai Marathon and started training in earnest. I love to cook, so I spent a longer time in the kitchen. Slowly, the healing began,” he says.

But it was in December 2011 that the idea for the helpline fell into his lap – literally. “I was at the Kala Ghoda Festival for a book reading. The author was an IITian, and I anticipated a ChetanBhagat kind of story, but browsing through the book, I read one line where the protagonistponders, ‘I wish there was a breakup helpline.’ That got me thinking, as a breakup helpline would actually be a great idea!”

He sounded off the idea to a close friend and two other friends and they all felt that such a site had amazing potential. “There is so much pressure on you after a break-up. Questions such as ‘Can you still hang out with the group that your ex hangs out with?’,‘At what point do you avoid each other?’,‘Whose side are your friends on?’all of this only makes the person go into a shell. We thought, let’s give such people a chance to talk it out, and help them move on by just being there for them.”

The term ‘help line’ conjures up images of rows of telephones manned by operators all talking at the same time, and Ankit and his crew – Ayushman, Nainy and Sandeep – also toyed with the idea of starting a call centre. “We finally settled on the Internet to get it running. I designed the site myself, and we tested it from February to July,” explains Ankit, the face of the company.

Ever since they started, they received increasing numbers of emails every day, and from the unlikeliest quarters. “There was a 66-year-old who contacted us, as also a class seven girl who was heartbroken over losing her boyfriend, a classmate. Older people deal with extra-marital affairs, divorces. They insist on direct meetings, since they are not always comfortable Skyping or e-mailing, but mostly everyone e-mails us,” says Ankit.

Two of the group’s members are psychologists, so tricky problems are dealt with in a scientific fashion. But mostly, the four trust their instincts. “It’s about common sense,” Ankit says. “You see a problem, you get the details, understand where the fault lies. Then you tell the person what you think of the issue,” he adds.

But it’s not as easy as writing to them and getting a solution. “People are cagey about sharing personal information. We respond to every e-mail within 24 hours,but we don’t directly jump at the problem because they are already in a fragile head space and a stranger probing too soon will only scare them off. We start the conversation on e-mail. We let them build their confidence about talking to us, ask them to tell us what their hobbies are, what they like, and we initially connect on that level,” he explains.

Entering the person’s comfort zone breaks the ice. “We get an overall view of their background, after theytell us briefly about the break upwe ask them: ‘Why did you break up? What happened?’ At this point, we receive a four- or five-page e-mail where they pour their hearts out,”Ankit says. He adds that people want confirmation on their actions. “A girl may have broken off a relationship, but she wants to know if she did the right thing. We analyse what happened. The emotional turmoil has to be resolved before the person can move on.”

They also receive e-mails from people hovering on the verge of a break up. “A girl wrote in saying that her boyfriend was cheating on her with her best friend. We don’t advocate an immediate severing of the relationship because we are not jodi breakers. We ask them to talk it out with their partner, because communication is the most important component of any relationship. If all else fails, we tell them to move on from the person.”

A question of perspective

It’s not like opening a bag of instant solutions.“It’s a question of perspective. People who are breaking up or have broken up very well know what needs to be done, but they’re not able to get themselves to move on. We just ask them: ‘Do you think this relationship is workable for you? Do you really see yourself with this person in the future?’ It’s a hard decision to make, but it must be made, and we hold their hand when they make it,” he explains. Ultimately, he reasons, a person will do anything to get over the negativity he/she is experiencing, so he/she will go ahead with the plan made for them.

Want it done? Consider it done

It’s not just about answering e-mails or going on Skype to talk or meeting a person directly. “We’ve seen movies with people, gone out for art tours or wine tastings, even written to a woman who wanted to communicate only via written letters. Once a person in Gujarat wanted to fly a kite, so Nainy, who was in Kutch for work, bought a kite and went to meet him. Basically, they must go back to enjoying the things that they love.”

It doesn’t end there. Ankit elaborates, “After the one month of counselling is over, we send out mailers. We encourage people to even get back to us with new problems.” He adds, “Sometimes, we offer simple tips to get through the day, some easy things for the person to ponder over.”

Dealing with the negativity

The four have their own coping mechanisms to deal with the negative energy and emotions dumped on them daily. “I run, Nainy does suryanamaskars and Sandeep and Ayushman are big on yoga. Also, we don’t wallow in the negativity but we troubleshoot. At the end of the day, it is very satisfying to know that you are helping somebody take one step out of their current crisis. And it all becomes worthwhile when somebody writes in to say, ‘Thank you for starting this website,” Ankitgrins.

The help line, in short

– There are both free and customised packages, depending on what the person needs and demands

– The customised package costs Rs 2,500 for a month (please visit the website to see the services offered)

– Ankit, Sandeep, Ayushman or Nainy will deal with your case from start to finish

– Anyone from the country can contact the help line

– Be prepared to open up and accept that you have a problem. If you don’t, no amount of hand-holding will help.

2 Responses to Unbreak your heart