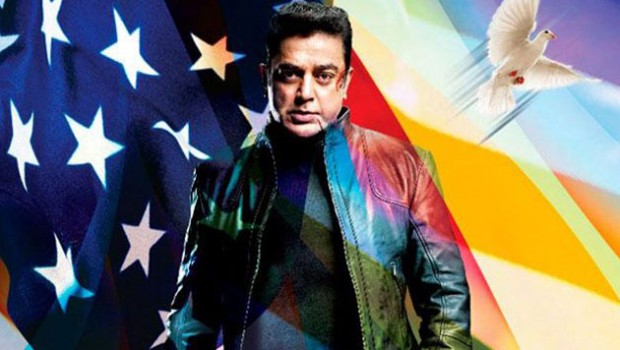 This has been some week for the film fraternity. SRK’s ‘victimised’ (or not) statement created quite a stir and a ban on Kamal Haasan’s Vishwaroopam proved how flat the fraternity falls in a face-off with the State. But Vishwaroopam is not the first film to go perilously close to getting the axe. Many films in the past have been ‘modified’ to suit the sensibilities of a few people who find some material in it ‘objectionable’. Some films like Anurag Kashyap’s Paanch are still in the cans due to this.

Even Hollywood is not spared. Remember how David Fincher gave the Indian Censor Board the finger when he was asked to remove three scenes from The Girl with the Dragon Tattoo, that were apparently gore and sexual in nature? People who managed to get a bootlegged copy of the film and have seen it, will tell you how important the ‘unsuitable’ scenes are to the plot of the film. Similarly, The Da Vinci Code was banned in States like Goa, Andhra Pradesh and Nagaland because of its controversial plot revolving around the manifestos for Christianity.

In Malaysia, Mel Gibson’s The Passion of the Christ was banned only for Muslims, while the film was deemed suitable for Christian and Buddhist audiences. The film had the potential to create unrest amongst Muslims, thus the unusual ban. In retrospect, it seemed like a wise decision – it makes sense to not watch it if you don’t like it. But now, the Malaysian Government has failed to do the same for Vishwaroopam; the film was removed from theatres just a day after its release.

If banning films in the name of religion irks you, then this would definitely make you furious. In 1917, Birth Control, a film on family planning was banned in the United States of America in the interest of ‘morality, decency, public safety and welfare.’ The only reason one can let this pass is the year of the ban, when a not-so-modern America upheld a stereotypical image of the real woman and her moral values. Maybe a hundred years from now, even we will stop banning films for unjustifiable reasons.

But, can a ban really make the filmmaker bankrupt? The answer is ‘yes’ and ‘no’. Hollywood film that don’t get a release in a few foreign countries are seldom affected. They recover their costs on the home turf. But Indian movies banned in Indian states take a severe hit at the box office. Indian films are specifically made keeping the Indian (sometimes regional) audiences in mind. While some movies do extremely well with the Indian diaspora overseas, most of the moolah is generated at home. The ban on Vishwaroopam can cost Mr Haasan a whopping Rs 95 crore, by trade estimates.

Instead, there should be a ban on Non-Entertaining Films. These are movies that serve no purpose whatsoever, and require the viewer to keep his brains in the freezer before watching them. Like the No.1 series of Govinda – Aunty No.1, Anari No.1, Beti No.1 etc. These movies impair one’s judgement to the extent that one spends his hard-earned money to watch a grown-up man behave like a monkey. Maybe in the future, the Censor Board or the State can do the people a huge service by banning films that should have never be released.

Just to make the task easy for the Censor Board, here are a few upcoming films in 2013 that are very suitable for imposing a ban on:

Rangrezz. It stars Jackky Bhagnani. Censor Board, there’s your reason.

Zanjeer remake – The Classics should be sacrosanct and not allowed to be re-made, especially if Apoorva Lakhia is directing them.

Mere Dad Ki Maruti – Really? There is a big brand in the title. YRF has already recovered its production costs, so this one doesn’t need any box office collections.

Raanjhnaa – Sonam Kapoor cannot act. Period. Remember Mausam, with its riots, wars and 9/11? Sonam was worse than all these disasters combined.

These films (and more are coming up this year) are a bigger threat to the nation and hurt sentiments across religion. They should be banned purely on the grounds of offending the religion of Sanity. If the Censor Board fails to be the do-gooder, then maybe it’s time we take the matter in our own hands. Let’s impose our own ban on crappy films, by not watching them on the big screen and forcing distributors to take them down. It’s a thought fit for a utopian world, but hopefully we’ll get there soon.