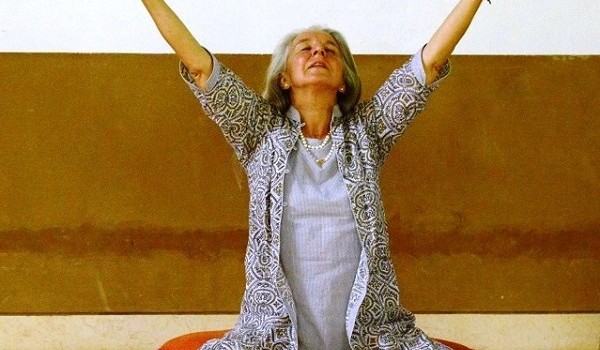 Last month, I attended a workshop on mudras, also known as ‘yoga for the fingers’.

I confess I was going through an extremely low emotional phase at the time, and what prompted me to try the therapy out at Zorba The Buddha, the MG Road-situated retreat, was 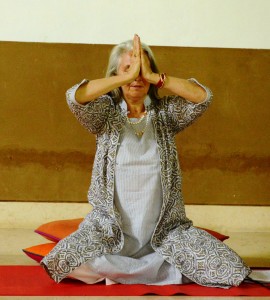 the simplicity of it all – I was very intrigued by the thought of one’s fingers being equipped with the power to heal the entire system.

During the day-long interaction with the Santa Barbara, California based yoga guru Siddhi Ellinghoven, who travels to India twice a year, she explained the significance of nerves embedded in each finger and how each finger reaches out to particular organs of the body.

“Relate to your fingers as your best friends. There is the highest concentration of nerves in your hands. And each finger has a special and a very significant connect with a particular organ – like the thumb with the lungs, the index finger with the large intestine, the middle finger with the heart membrane, the ring finger with the colon and spleen, the little finger with the small intestine and heart,” Siddhi explained.

There are some astonishing facts about the instant connect of the fingers with the brain – such as, you eat 30 per cent less if you eat using your fingers, than with a spoon and fork

How the mudras work 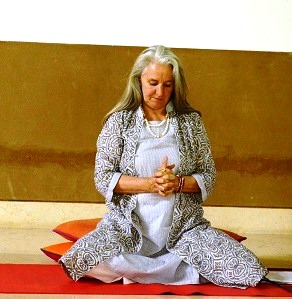 “The human body is built and is dependent on the five elements: fire, air, ether, earth and water. If there is an imbalance in one of these elements, it will create a disturbance in the physical body. All imbalances can be balanced through the use of our five fingers,” Siddhi explains.

“Healing through mudras is a science that changes the elements within us. Every area of your hand is associated with a reflex zone for a specific part of the body and brain. With mudras we can access our entire nervous system, engage certain areas of the brain and exercise a corresponding influence on them. Scientific research shows that we can effectively engage and influence our body and mind by bending, crossing, extending, or touching the fingers with other fingers. In these mudras, intuition and inspiration form a close unity,” she adds.

Through the various mudras – which finger to place atop which finger and the evolving combinations of the fingers and the thumb – one could sense the energy flowing into one’s palm. Meanwhile, Siddhi related some astonishing facts about the instant connect of the fingers with the brain – such as, you eat 30 per cent less if you eat using your fingers, than with a spoon and fork. Or that you feel less hungry if you have served food or cooked it through the day.

“The fingers instantly relay information to the brain, pass impulses to the brain, such as how much you have eaten and you can still eat or not at all,” she explains. So powerful are these mudras, she says, that she does not let pregnant women perform mudras that remove blockages from the body, for fear of them suffering a miscarriage.

Siddhi says she was cured after a back injury left her bedridden for six months. “Almost 20 years ago I suffered a back injury after an accident. I was advised surgery but I refused it. Only mudras cured me totally. Through these 20 years, I have not been to a doctor or taken allopathic medicine. I start each day with yoga and pop some turmeric and neem leaves that I carry back from India,” she says.

One Response to Heal yourself with mudras