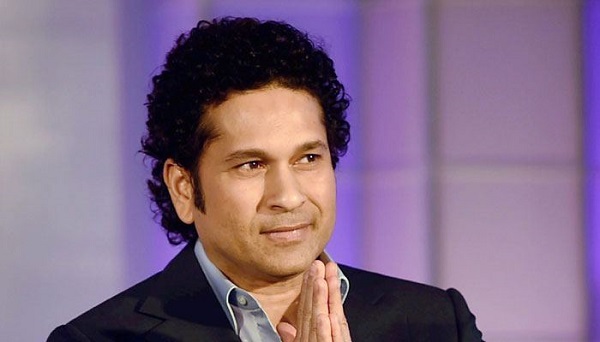 ‘People should want you around, not out’

Mumbai’s favourite son, Sachin Tendulkar, talks about life post-retirement, and why the second innings is as important as the first.

The debate over whether he is the greatest cricketer of all time may continue to rage for several more years, but there’s no disputing the class and humility of cricketing legend Sachin Tendulkar.

The second innings is as important as the first one in life, cricketing legend Sachin Tendulkar told the audience at the keynote session of the India Today Conclave. “When I was playing, all my energy and concentration was focussed on the game. My family, and my well-wishers, made sure I did not have to worry about the other aspects. And now that I am playing the second innings of my life post-retirement, I want to give something back to the society, and the people who have stood by me ever since the first day I went to Ramakant Achrekar sir’s nets at Shivaji Park in Dadar,” he said.

Dwelling on his fascination for the game, Tendulkar said he was in love with cricket right from age six. Sunil Gavaskar and Viv Richards were his childhood idols, but he said he was always his own man. “I wanted to bat like them, but I still always wanted to be Sachin Tendulkar,” he said.

Revealing how he realised he made the right call on retiring after the home series against West Indies in 2013, the legend said he had to play an exhibition game at Lord’s last July without getting any practice beforehand since it had rained. “When I was in there, my body told me that I had made the right decision to retire!” he said.

Tendulkar went on to exhort the audience to avoid shortcuts in life: “Try and be a good person. My father used to say that people should want you around. They should not want you out.”

Asked if he intended to play a long innings in politics now that he is a Rajya Sabha MP, Tendulkar said, “I won’t join politics. Once a sportsman, always a sportsman.”

“To me, cricket is team work and not about individuals. There are stages where the captain come into play and he will guide, take important decisions on the field but eventually the batsmen would have to go out and score runs and the bowlers have to land the ball in those areas,” Tendulkar said.

“I was dropped from captaincy after only 12 or 13 months in my first stint. That was a disappointment because you select the captain thinking that he is going to take the team forward and then if that stint is not long enough, then the success rate becomes zero. If you play four matches, you lose two, then you are 50 per cent successful, so on and so forth.

“My tenure was not long enough and it was a big disappointment for me to overcome,” Tendulkar revealed. He then cheered the audience by saying that he firmly believed that “India would win the 2015 World Cup. There is not a single box that the team has not ticked. We don’t give enough credit when the team does well. I give full credit to this team.”