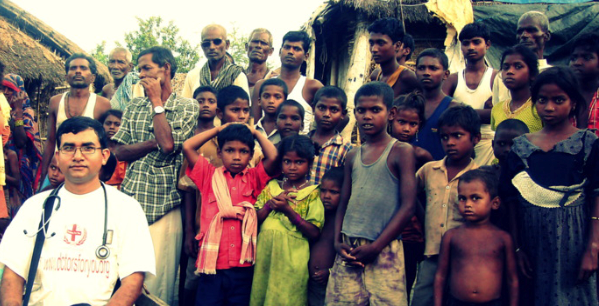 In a crisis? Presenting Doctors For You

This group of city-based doctors can be counted on to reach crisis-ridden areas of the country and offer medical aid.

The year was 2008. A group of doctors reached Bihar in the aftermath of the Kosi river flood, one of the most disastrous floods in the State’s history which affected around 2.3 million people. People were in dire need of aid. This group of doctors worked day and night, helping the flood-stricken people.

Then came the Kokrajhar riots in Assam this year – the worst-ever case of ethnic violence in the country. Our group of doctors reached the area and started relief work there after a rapid assessment of the affected areas followed by the necessary relief and rehabilitation work.

What started as relief work in crisis situations continues today in other parts of the country as well, under the name Doctors For You (DFY). As the name suggests, DFY is a group comprising medical practitioners, youth and like-minded people who care for fellow human beings, in crisis or otherwise.

In Mumbai, DFY has established a sustainable project in Natwar Parikh Compound, a resettlement colony in Govandi. The project started in 2010 in collaboration with the Mumbai Metropolitan Region Development Authority (MMRDA). The centre is housed on two floors of a building in the Natwar Parikh compound with separate rooms for various departments. 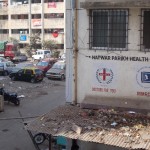 The doctors visit the Natwar compound every alternate day and the Lallubhai Compound (also a resettlement colony) and Ambedkar Nagar on the other days. Health services are free for infants up to age 1, pregnant women and adults above 60 years. For the rest, DFY charges a nominal Rs 10 consultation fee on a weekly basis.

So what sets DFY apart from other agencies involved in relief work? “It is the fact that we are doctors. Simple. In any crisis situation, be it a natural disaster or riots, doctors are seen from a lens of trust and hope. We become an entry point for social workers who would otherwise be under the suspicion of the local people,” says Dr Singh.

The DFY team also has a few awards in its kitty – the SAARC Youth Award to Dr Singh and the British Medical Journal (BMJ) award for ‘Medical Team In A Crisis Zone’ category.