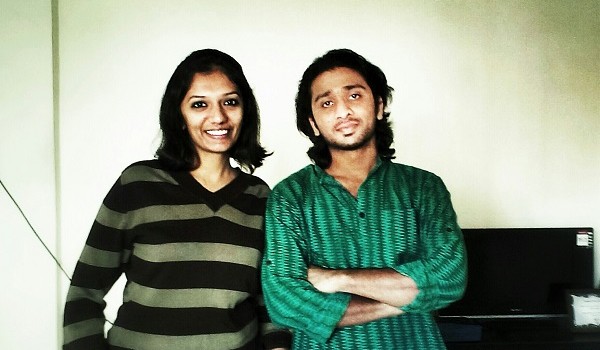 Two Mumbaikars are hoping for your financial support to set up India’s first child-care hospice facility for terminally ill children.

Ever since she was very young, Mansi Shah (32), a Mulund resident, had a clear concept of what her own death would be like. “I want the after-rituals to be a certain way, I have a list of five people made…any of these would coordinate organ donation from my body. And yes, there would be no crying at all. Too often, when we know somebody is going to die, we focus only on the death and what life will bring after that person has gone. But what about the few days and months before the person is still alive? It has to be a joyful time,” she muses.

Her good friend Abhishek Tatiya (27) shares her sentiments, talking of embracing death and not running away from it. How fitting, then, that the duo is collaborating on the country’s first hospice facility for terminally ill children – whose core idea is to celebrate the final days of a child’s life with humour, compassion and honesty. 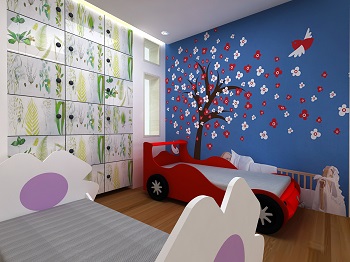 “We hit upon the idea for Happy Feet Home just this year, and it was something both of us felt very passionate about,” Mansi tells The Metrognome. “We had this idea in February this year, where we would run a fun, interactive space for terminally ill children and their parents to visit. Medical and nursing attention would be provided as well. Often, the treatment of several diseases like cancer takes everything out of the parents – they spend lakhs and lakhs of rupees, they come from all over the country to Mumbai for their child’s treatment, they have no place to stay, they are racked by the pain of their child dying before their eyes. These parents and children must be eased into the final days with understanding and more importantly, with joy.”

How are they planning to do it?

Driven with little else but passion – they had no money or a physical space to run the proposed centre – the duo started meeting doctors from the city’s prominent hospitals. “Initially, they would ask us why we wanted to do this. We didn’t even have a revenue model. But we kept going back again and again,” Mansi remembers.

Then they struck gold with Dr Mamta Manglani, Head of Paediatrics at Sion Hospital. “She was extremely receptive to the idea, and after a meeting, she offered us the chance to partner with the hospital on the project. They would offer us 1,200 square feet of space and the medical attention required, while the overall setting up and running of the centre would be our lookout,” says Abhishek. Another person who shared their dream was medical social worker Sunita Jadhav from Tata Hospital. “She was very excited about the idea, because she had always wanted to set up a similar centre,” Mansi says.

A further boost to their efforts came from their meeting with Unltd India, which is providing support for the venture. “They will give us seed capital for the project. Other than that, 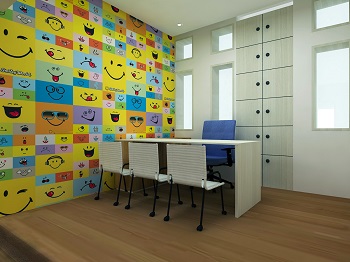 we have to raise about Rs 80 lakh on our own – of which Rs 40 lakh will go towards setting up the facility. We are depending on crowdsourcing to raise the money,” he explains.

And then came a time to pick a name for the facility. “Since we would deal with children, we wanted a name and a mascot that they would instantly connect with,” Mansi explains. “We thought about penguins, and then we hit upon ‘Happy Feet’! The name signifies joy like nothing else.”

What one can expect from the centre

Once finished, says the duo, HFH would have a large activity area, a therapy room, a counselling room and a resting area for children, apart from a small staff area. “We’ve already drawn up the plans for the facility, we just hope architects and designers come forward to help us execute them,” Abhishek says. “We want to set up the space completely before we begin operations, hopefully by February 2014,” he adds. The centre will be open to all terminally ill children, and the parents will not be charged for the centre’s services.

“As per our calculations, if we have Rs 80 lakh at our disposal, we would spend Rs 250 per child per hour. That is a negligible cost compared with the services the children and parents would get,” Abhishek says. “We hope to engage the media and professionals like interior designers with the project so that we can save on costs.” 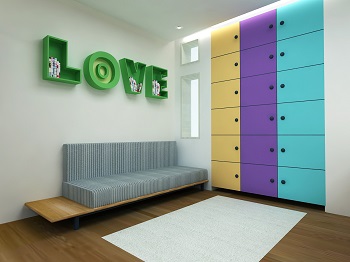 More than the children themselves, it is the parents that require careful handling. “A person in that situation is not able to think clearly. They need to be sat down and prepared for the inevitable. Often, they are not able to discuss their child’s illness with the child. And yet, so many children instinctively know that they are living their final days,” Mansi says.

She admits to taking it very badly whenever one of “her children” ultimately dies. “Even when I worked with children in other places earlier, where the doctors hoped that the child would survive, the child would one day get ill and pass away. I can’t ever be stoic about a child’s death, and my friends have asked me how I will cope when the children at my own facility die. The truth is, we want to cry for them, we want to grieve. But before that, if the children come to us with questions on death, we will deal with them honestly. It is important to make them happy before they move on.”

If you want to help the setting up of the Happy Feet Home for terminally ill children, please contact Mansi Shah on +91-98702 20888/mansi@happyfeethome.org, or Abhishek Tatiya on +91-99200 60408/abhishek@happyfeethome.org. Look up the crowdfunding campaign at http://www.indiegogo.com/projects/happy-feet-home–2