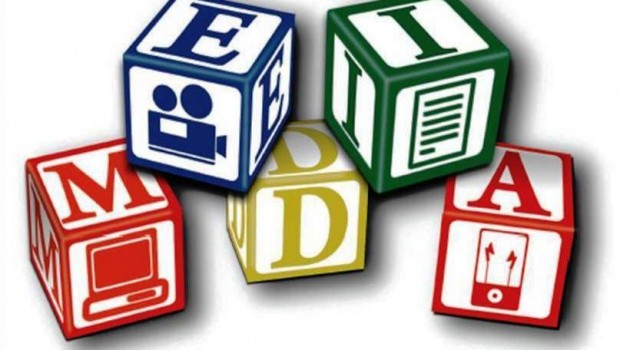 Oh yes, the Government’s a bi**h. It doesn’t care about you, it doesn’t want to hear your views, it steadfastly ignores your protests and it sweeps every matter, however monumental, under the rug. It doesn’t care if you’re dead or alive, as long as you rally around and vote it back to power in 2014.

There has been a round of protestations against the severe (mis)handling of things by the Government with regards to the Delhi gang rape issue. The country’s newspapers and channels have gone all out in their criticism of the Government’s workings, and several media houses have launched campaigns for justice, organised self defence camps for women, dug out old compilations of rape statistics all over the country, and stepped up their coverage of every crime happening against women.

In the midst of this noisy reportage of the state of affairs in this supposedly rape-happy nation, the media continues to turn its back on those it has always turned its back on.

Since the New Year, there has been a huge bunch of people protesting at Azad Maidan, Mumbai. This group comprises displaced slum dwellers and those affected by the decisions of the State Government, a group that is on a relay fast till its demands are met and its leaders given adequate time for a meeting with the higher-ups. The group marched to Azad Maidan in huge numbers, prevented from advancing at several stages by cops, denied a meeting with the CM more than twice, but it still camped out at Azad Maidan, and is still there. Headed by fiery activist Medha Patkar, this group is gathering strength with each passing day, and at least 30 of its members, at any point of time, are on a fast.

Did the papers and channels cover this momentous protest?

Slum dwellers in Mumbai are an active lot, forever demonstrating against demolition drives and demanding meetings with authorities. As the population of slum dwellers in the city swells and they get official sanction as vote banks, what logic dictates that their issues, their demands, indeed their existence, must be denied by the media?

One reason for this studied silence, and this is a reason propagated by managements and editorial staff in almost every city media house these days, is that the media must cater primarily to those who read their papers or watch their channels. “We are catering to the South Bombay crowd,” my chief reporter told me during my orientation at a city tabloid years ago. “You are on the health beat. You should get news from private hospitals, not civic or government hospitals.”

I can agree in part, but are we journalists or middlemen for business houses? If we are one but not the other, why pretend otherwise?

This same arrogance was the reason why several media were slow to pick up the pulse of the Anna Hazare-led agitation for the Jan Lokpal Bill last year. It was an agitation led by a little villager, so what? But when the numbers began to align with the same man, the media pounced. Even yesterday, at the ongoing Azad Maidan agitation, the media deigned to cover the proceedings only when Anna Hazare landed at the spot to offer his support. And even then, the questions remained largely restricted to his views of the Delhi rape case. As journalist Javed Iqbal, who is covering the agitation tweeted yesterday, “Anna holds press conference. More media today than all the media I have seen @ demolition drives in past 3 yrs…And during press con, not a single question abt Rajiv Gandhi Awas Yojana, SRA scams, only questions about Delhi rape, irrigation scam & Anna’s anti-corruption campaign.”

In its bid to cater to the ‘upper’ classes of society, the media willingly ignores the poor and the marginalised, in fact those same people who are genuinely in need of the media’s help. It assumes that the poor are not reading the papers that the rich are buying. In demarcating readership thus, the media creates a clear ‘Us v/s Them’ divide, it sees development only in the building of glass pyramids and gorgeous townships for the elite, not in the housing of the city’s poor and the generation of employment for them. This divide further points at the poor being the enemies of development, and hence, the elite. This explains why you will see lengthy stories of new slums being recognised, of water connections being granted to certain slum pockets, but not much about deliberate irregularities committed by the builder lobby (or the advertising lobby). Several editors are known to address issues such as an entire area receiving muddy water only when the taps in their own homes spew smelly water and the domestic help (who stays in the neighbouring slum) tells them that she has clean water in her shanty.

In its flawed reasoning of what constitutes development, the media inadvertently and, sometimes subtly, blames the poor for whatever backward spirals our cities occasionally fall into. For rising crime. For increasing poverty. And to complete this pretty picture, it goes and ignores the poor some more, choosing instead to outrage for days on end over rubbish statements made by the country’s politicians and spiritual gurus. It’s almost like an entire class of people just does not exist in our collective conscience. The only times ‘they’ are receiving any coverage these days is if ‘they’ annoy ‘us’ in some way. And then all of us yell ourselves hoarse for being ignored. 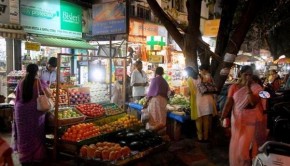