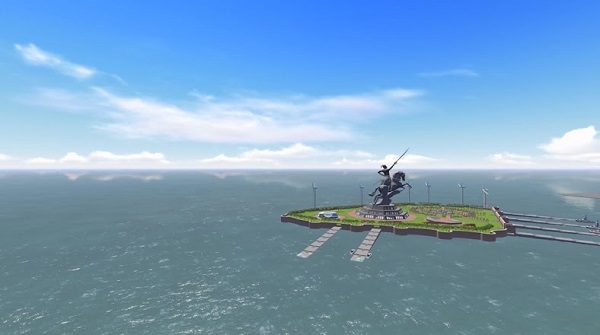 The much-disputed proposal to erect a Chhatrapati Shivaji Maharaj statue in the Arabian Sea is seemingly back on the table.

At a recent meeting convened with concerned ministers and department heads, Chief Minister Devendra Fadnavis is said to have asked that the memorial plans be ‘fast-tracked’. “The CM has asked that the memorial be of an international standard, and that all concerned departments must consistently follow up with the Ministry of Environment and Forests (MoEF) and others. He has also said that the bhoomi pujan for the memorial will be done by the Prime Minister Narendra Modi,” an official present at the meeting said.

“The CM has also urged the appointment of an experienced team to mould the actual statue, and to seek inputs from companies that have done this kind of work anywhere in the world,” the official added. It is learnt that the CM has given a deadline of up to four months for all permissions and approvals to be taken, and the bhoomi pujan to be completed.

The conceptual design for the proposed memorial has been prepared by students of the JJ School of Architecture, and these have been shown to the CM. The proposed memorial is to be erected on a rockbed in the Arabian Sea, and will be located 1.5 km from the Raj Bhavan, 3.5 km from Marine Drive and 12 km from the Gateway of India. The site will comprise the Shivaji statue, a large museum, auditorium, library, exhibition hall, and amphitheatre. As per the initial designs, the proposed statue will depict Shivaji astride a horse and brandishing a sword.

What do you think of the move to erect a Shivaji statue in the Arabian Sea? Tell us in the comments section below.