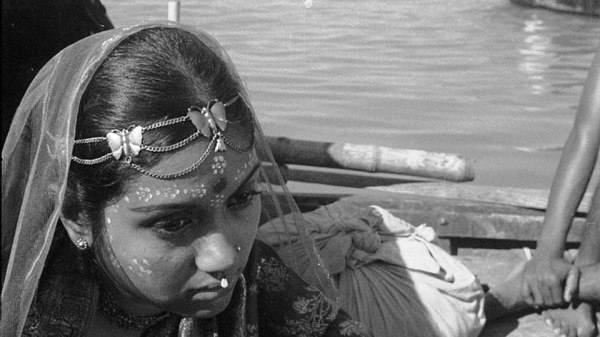 The Root Reel is screening a film on the life and work of Ritwik Ghatak at Alliance Française Auditorium today.

In continuation with their feature presentation of some of the treasured cinema from our country, The Root Reel is organising a screening of Anup Singh’s essay, exploring the life and work of Ritwik Ghatak. The film is titled Ekti Nadir Naam/Name of a River.

Anup Singh’s debut feature, The Name of a River, is an ambitious, evocative docu-fictional essay exploring the life and work of the great Indian filmmaker, Ritwik Ghatak (1925-1976). Ghatak’s reputation as India’s most important filmmaker has been steadily growing since the first major retrospective of his films was organised internationally in the 1980s. Satyajit Ray described him as “one of the few truly original talents in the cinema this country has produced”. Although largely ignored in his lifetime and usually overshadowed by the illustrious Ray, Ghatak was a legend to a whole generation of Indian arthouse directors and was seen by many as the father of the Indian New Wave.

Born in 1925 in what is today known as Bangladesh, he was 18 in 1943 when the Great Bengal famine drove him and his family from Dhaka to Calcutta as refugees. India’s simultaneous independence and partition into India and Pakistan in 1947, and a further partition later into India, Pakistan and Bangladesh, made it impossible for him to return to his homeland. The Partition of India and Ghatak’s separation from his homeland act as the driving force in his life and work.

In The Name of a River Anup Singh uses a love story between a man and a woman crossing the river between Bangladesh and India – playing the roles of refugees, divine beings and literary and cinematic characters – to understand the mysteries of the events that led to the massacre of half a million people and forced ten million people to migrate across the newly established borders. Covering a huge area of visual, aural and intellectual ground within its 90 minutes, this exquisite film presents its audience with a dreamlike odyssey through a history, a life and a work that we, the viewers, encounter in the shape of stunning landscapes and music, lovers and gods, myths and memories, literature and cinema.

The Name of a River has been screened at numerous international film festivals, winning the Aravindan Award, India, for best debut filmmaker in 2001, and the Silver Dhow Award for best feature at the Zanzibar International Film Festival in 2002.