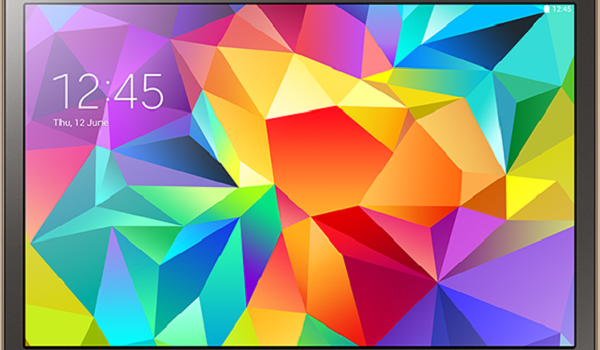 Samsung yesterday launched its brand new tablet series in India, Galaxy Tab S, with the showcase of the Galaxy Tab S 8.4 and 10.5. Both are touted to be entertainment devices, and are being differentiated from the company’s Galaxy Note series, which, Samsung says, is made with productivity in mind. 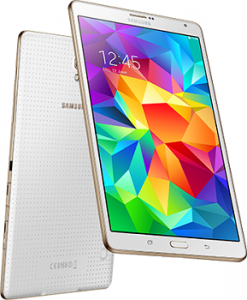 Under the hood, there is an Exynos 5 chipset (octa-core processor), coupled with 3 GB of RAM, and 16 GB of internal storage space, which is expandable up to 128GB via microSD card. Connectivity-wise, there is microUSB 2.0, Bluetooth 4.0, WiFi a/b/g/n/ac, 3G (voice and video calling available), Fingerprint scanner, Infrared, 3.5mm headset jack, and GPS. While the 8.4 model packs a 4,900 mAh battery unit, the 10.5 model has a 7,900 mAh battery unit.

Just like the Galaxy S5, these Android 4.4.2 tablets come with premium services for users, including Kindle, Magzter, MyPlex, Marvel Comics etc.You can pre-book these Samsung devices till July 11, 2014, and the tablets hit the market in the second week of the month. Available in titanium bronze and dazzling white, the tablets have been priced at Rs 37,800 for the 8.4-inch model, and Rs 44,800 for the bigger 10.5-inch model.