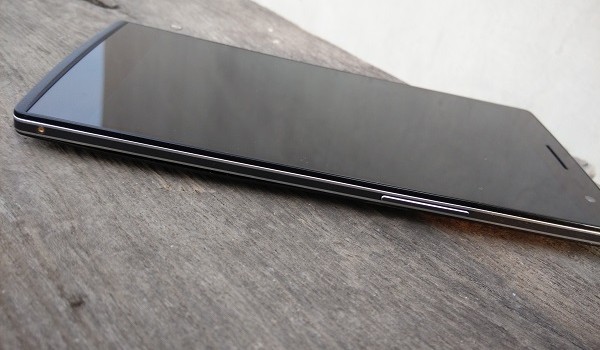 Oppo’s newest phone, Find 7, has some great features and may entice users of other smartphone brands to switch over.

Oppo has been quite a name in the smartphone category when it comes to emerging players. The Find 7 does manage to turn heads and is probably the right marketing tool to get Oppo some brand recognition? But does the device justify its price? And what does it do different than its competitors?

Oppo launched the Find 7 (X9076) and 7a together, and the two are almost twins if you don’t consider a couple of hardware differences. The Find 7, with its 5.5-inch 1440 x 2560 IPS LCD, is a big and quite heavy (173 grams) phone, but not an uncomfortable device to hold. Thanks to the textured plastic material, and the slightly curved back, most people would find gripping the phone not much of a hassle in their daily use.

One thing I’d like highlight is Oppo’s retail packaging – it is really well done. The hard plastic box, with very neatly-assigned spaces for the phone and accessories, such that you can conveniently put back things into their place in the box, is something that you won’t find in a lot of phone retail boxes.

Dominated by the 5.5-inch Quad HD screen with Gorilla Glass 3 on top, the front also sports three capacitive touch buttons for Menu, Home, and Back. The buttons feel a little small in size than what they could have been considering the phone’s dimensions, plus, they are noticeably dim. The vibration feedback from the buttons, on the other hand, is just as as it should be. T

The top hosts the 3.5mm headset jack; while the microUSB port and primary mic sit at the bottom. Above the screen is the 5 MP front-facing camera alongside sensors and speaker grill. It’s below the screen that things get different – there’s a skyline notification LED, a unique feature in the Find 7. The skyline notification LED, just as the name suggests, glows up in a curved shape whenever a notification arrives, and it looks refreshing and unique when put next to a lot of other smartphones.

The Power/Lock key is placed on the left; and the Volume keys are placed at a similar height on the right (slightly above the middle) and a tiny SIM card-extracting pinhole. The keys, paired with dual chrome lines along the edges, need to be pressed a bit firmly and raised just enough to give a nice feedback when pressed. On the back, you get the 13 MP camera, speaker grill towards the botton and the Oppo logo below the camera and LED flash. Though angular and a bit wide, the phone gives a premium feel and seems solid to hold. It would be fair to say Oppo has done a good job on the finish and design front. 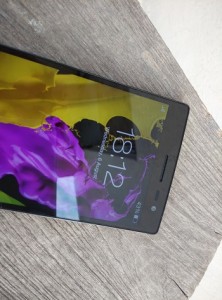 The phone’s 5.5-inch 1440 x 2560 IPS LCD is obviously one of its USPs. The display is the first Quad HD phone screen to be launched in India (LG’s G3 is the second one), and marks the smartphone penetration into screen resolutions beyond full 1080p. The first time you use the phone, it’s a bit hard to tell it apart from a 1080p screen, but when you start reading fine text or view very high resolution images or even videos, that’s where, I think, the difference pops up.

The screen on the Find 7, with whatever toll it takes on a few other aspects of the device, is crisp to look at, read text, and view images. It has good viewing angles and even the contrast doesn’t disappoint while you flip through images or webpages on the phone. Though not a very bright panel, which fails to impress when used under direct sunlight, the 5.5-inch IPS LCD, the first one with these many pixels, does quite do justice to the hype it created.

The phone has a loudspeaker at the back. The speakers are very loud and clear. They hardly distort and are good enough for gaming and video. Though not as good as the One’s BoomSound speakers quality-wise, they are just as loud as and certainly better than most other phones. In-ear sound, too, is impressive and the bundled headsets are actually not bad (but still get your own pair of headsets). The music player and phone settings give you a lot of audio setting options and do a good job to make your audio experience worthwhile.

Let’s move to another major part of the phone – its 13 MP f/2.0 rear camera (Sony EXMOR CMOS Sensor). Oppo has deployed something called ‘Super Zoom’, which basically allows you to snap 50 MP images from the 13 MP sensor. Don’t get your hopes up. The phone takes about a dozen photos to stitch a single 50 MP image. The trick isn’t very neat, and is far from being as efficient as what Nokia does with their high megapixel sensors. Having said that, the camera, with its 13 MP and other usual ray of settings, is capable of taking really 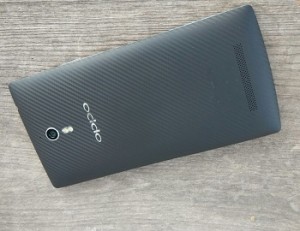 As you can see, the phone can take a lot of really bright and sharp images. You won’t be disappointed with the camera’s responsiveness, contrast handling or processing. Coming to the native camera app, you will find a plethora of setting options to choose from, but without manking the UI cluttered or very hard to work on. For instance, you can make GIFs, audio photos, HDR and even take RAW (.DNG) samples with it. For those who care about the front-facing 5 MP camera, there’s good news. You can take proper shots with editing options right in the camera app and you won’t be disappointed with the result.

As far as call quality goes, the phone doesn’t disappoint when it comes to voice. There were no network reception issues throughout my usage and the phone held well whether for WiFi, Bluetooth or locking in with its GPS.

The phone houses a 3,000 mAh battery unit, which is user-accessible. The battery life on the phone, on an average, came out to be about 23 hours  with brightness at about 30%, but notch it up a bit to 45% and the battery life comes well below 20 hours, which just shows the toll that the screen takes on the phone’s battery.

Oppo has equipped the Find 7 with their VOOC battery technology, which allows you to charge the phone from 0 to about 75% in half an hour. The bulky charger and the relevant tech in place do their job excellently, meaning you don’t have to worry about waiting to get the phone charged to a decent level before you unplug it.

The Find 7 runs on Android 4.3 with Oppo’s own ColorOS 1.2.4i on top. The whole look and feel of the OS is identical to that of N1. The launcher, customisation, etc. work almost like what you see on most other Android flagships and there isn’t much difference to talk about from what we already did for the N1, but it is high time the phone gets updated to Android 4.4. 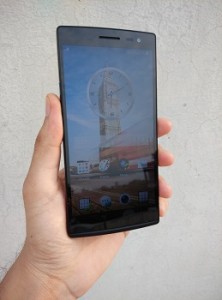 About the navigation keys, long-pressing the options key brings up the recent apps list, while doing the same on the Home key brings up Google Now, by default. You can double tap to wake the screen, though it doesn’t work to lock. The whole look is not something to complain about. Icons, themes, default wallpapers are all taken care of.

Three default Home screens with a different pane for music and camera is a good thought for some. For those interested, Oppo allows you to flash ColorOS ROMs through the factory-installed recovery without having to void your device’s warranty.

Something worth mentioning is that most of the OS components and probably all the Android apps are not yet made for the resolution we have on the Find 7. Powered by the Snapdragon 801 chipset MSM8974 (2.5 GHz Krait 400 quad-core CPU, and Adreno 330 GPU), along with 3 GB of RAM, the overall performance on the Find 7 is about satisfactory. Keep in mind the high resolution screen in place and what all tasks it would take to keep the screen running.

You may notice a bit of a stutter while scrolling through settings or even when switching between apps or changing clips while watching from Gallery. But on the other tasks, for music, Web, Camera, the phone feels quite smooth. While it is far from being judged the smoothest Android phone out there, it is surely not a slouch and good enough to get your work done.

Oppo has done a really impressive job with the Find 7. Great screen and design, fantastic camera and audio quality, and decent battery life and intelligent battery technology; this new flagship handset is right there to take on the more popular flagships and can lure more people into buying their first Oppo device.