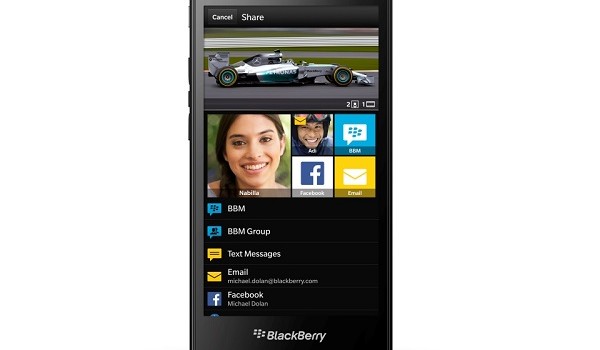 The largest and cheapest BlackBerry in the market launched yesterday amid much fanfare. We take a look at the specs. 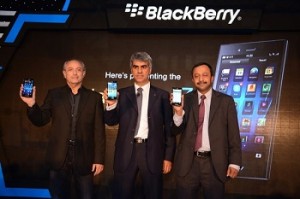 Yesterday, BlackBerry launched its new mid-range BB 10 device, Z3, in India. The phone boasts a 5-inch (540×960) screen, making it the largest and cheapest BB 10 device in the market.

Under the hood, there is a Snapdragon 400 chipset (1.2 GHz dual-core with Adreno 305 GPU), coupled with 1.5 GB of RAM. It packs in 2,500 mAh battery, and the company promises 15.5 hours of talktime on it. Further, the phone has 8 GB of on-board storage, which is expandable via microSD card.

Running on BB 10.2.1 OS, it introduces BlackBerry Maps especially for Indian users, with updated data points and destinations. On the back, there is a 5 MP camera; while the front carries a 1.1 MP camera. This is BlackBerry’s first phone to be manufactured by Foxconn after their recent agreement; the phone has a textured soft material on the back for better grip and does not compromise on the premium feel.

The phone can be pre-ordered on Flipkart or The Mobile Store, with both online portals giving buyers vouchers worth Rs 1,000. The device is available in black, and goes on sale starting July 2, 2014 across the country.