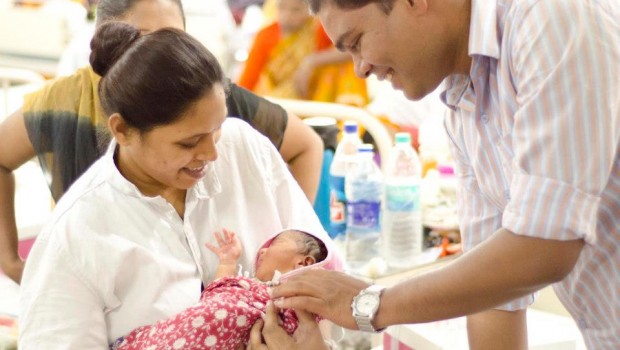 A basket and a girl’s first great moments

‘Girl Gift Basket’ celebrates the birth of the girl child; you too can replicate the idea and take it forward.

Girls are raped. Girls are killed at birth. Girls are given a secondary upbringing as compared to their brothers. And till society considers girls a burden on the family’s resources, girls will continue to be short-changed, sometimes by their own parents.

This is where the Girl Gift Basket comes in. 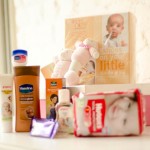 The Girl Gift Basket is a project kickstarted this month in Mumbai, in which a team from Bartle Bogle Hegarty (BBH), an advertising firm, goes to partner hospitals in the city to distribute free gift baskets to mothers of girl children. Speaking to The Metrognome, Russell Barrett, Managing Partner BBH, says, “This project was part of a BBH Worldwide brief, where the idea was to do something good, famously.” He adds, “We are an ad agency, not an NGO, so we are able to put out the word on something pretty quickly. But for this project, simply putting the idea out there is not enough – we want it to be replicated all over the country.”

At the core of the idea is the thought of celebrating the girl child, and to help minimise the gender bais. “So many mothers are extremely disappointed to give birth to girls. A new mother is at her most vulnerable, and at that point, to have somebody come in and gift her a basket – it changes the vibe in the ward. People have been so moved to receive the baskets,” Russell says.

As part of the project, a team from the agency goes to hospitals’ maternity wards and gifts a previously put together pink basket 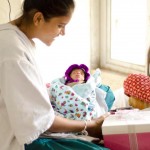 of goodies for both the girl child and her mother. “The team hands out the baskets and sometimes explain to the mother how to use the products inside. Doctors and nurses also pitch in during the interaction,” Russell says. The agency has partnered with its current and ex-clients for the products, which includes body lotions, diapers, soft toys and hair oil, among other things.

The idea took over two months to execute. “We brainstormed on what the baskets should contain. We obviously couldn’t charge for the baskets, and there could be no perishable products inside. Plus, we needed to set a timeframe on getting the project started. But those we approached for help helped us a lot. We contacted hospitals, got the required permissions, and our dedicated team of six got the baskets organised, besides working out delivery schedules.”

Russell comments on the dedication of the team that is currently working on the project. “We have to get this work done without sacrificing our work at the agency,” he says. “But the team is extremely committed – they plan the distribution work in the early mornings, before office starts, or during their lunch breaks, or after work. I’ve even seen them work Saturdays and Sundays on this.” He says the biggest high for the firm has been in watching the team return after a round of distribution. “They’re so charged up, so filled with a sense of achievement. That’s driving them to continue.” 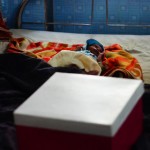 Thus far, the agency has generated funds for 500 baskets. “Our target is 500 baskets, and we’re hoping the idea really takes off by then. For those who want to replicate the idea, we’ve put up a downloadable kit on our website. The kit contains the letter for the hospital and ideas for the basket, among other things,” Russell says.

“It’s not about what we’re doing, it’s about taking it forward. The great thing is that help is pouring in. We realise it’s a very miniscule step, but if we can even plant a small thought in a young mother’s head, tell her, ‘See, it’s great to have a daughter, you even got gifted for it!’, it is a chance for us to do good at a very early stage in that child’s life. We’re hoping this project will start a fresh, positive conversation on girl children altogether,” he explains.

For details on how to get involved with the Girl Gift Basket and for a list of partner hospitals, look up www.girlgiftbasket.com.