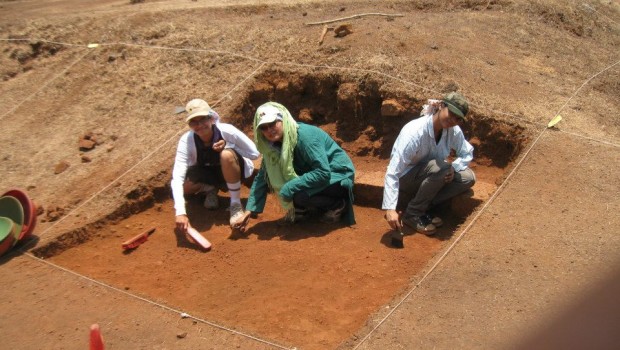 As the second (annual) season of archaeological excavations at Chandore, near Mangaon in the Raigad district of coastal Maharashtra draws to a close, this tiny, idyllic village has increasingly begun to look like a key hub where international trade flourished under the Shilahara kings about a 1,000 years ago, and continued up to the Maratha period in the early 19th century, through the pre-Shivaji Bahamani regime and the rule of the once pan-India Peshwas, before they suffered a decisive defeat at the hands of the British in 1818.

Facets of the history of the Shilahara dynasty that ruled the entire seacoast from Sopara in the North to Savantwadi in the South, through the 11th to the 14th century, are unfolding slowly but surely with the excavation, undertaken jointly by the Centre for Extra Mural Studies (CEMS), University of Mumbai and the India Study Centre (INSTUCEN), under Dr Kurush F Dalal, the Field Director, who teaches Archaeology at the CEMS.

This makes Chandore a crucial site, demanding extensive and long term historical, ethnographic and archaeological investigation to ascertain the antiquity, the cultural sequence and nature of the settlement at Chandore and its environs, that would shed light on hitherto unknown aspects of the history of the region for the past 1000 years and more.

This was acknowledged, endorsed and emphasised by the presence of all the bigwigs present on site on a Sunday drenched in welcome rain early June: Dr Rajan Velukar, Vice Chancellor, Dr Naresh Chandra, Pro-Vice Chancellor, and Mugdha Karnik, Director, Centre for Extra Mural Studies, Mumbai University, Dr A P Jamkhedkar, former Director, Department of Archaeology and Museums, Government of Maharashtra, Dhananjay Karnik, Drs Samuel Nazareth and Suraj Pandit, all Directors, India Study Centre (INSTUCEN), Dr Kurush F Dalal, Field Director of excavations at Chandore and Suresh Bhosale, President, Mahad Manufacturers’ Association, which came forward to finance the initial phases of this year’s excavation. In addition, Pallavee Gokhale from Pune, NR Swamy from Bangalore (Genesys International) and Vaidyanathan from Mumbai joined hands to do a GIS based study of the vast expanse over which the ruins are strewn.

While Dr Velukar committed the University’s support to the excavation, Dr Jamkhedkar interacted with the villagers of Chandore at a public meeting and explained to them the historical importance of the site, the need for conservation of the remains of the past, if possible through the establishment of a small local museum and the prevention of their pilferage, and the critical role that the villagers must play in the process.

Where is it?
Chandore is located on a ridge running north-south along the Arabian Sea coast, about 30 km to its west, a location that had carved out a unique role for the village in the political, economic and religious life of the Konkan region. 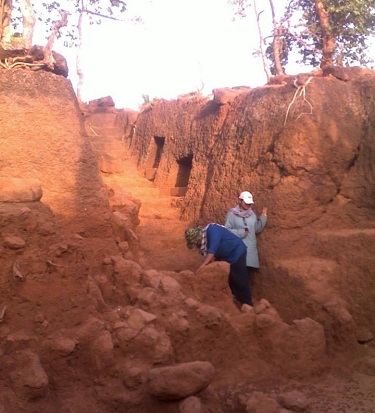 The first season of excavation revealed a rock-cut stepped reservoir, with images of Hara-Gauri (a form of Shiva and Parvati), embedded in a niche in one of its walls. Stylistically the image has been dated to the Shilahara period by Drs Arvind Jamkhedkar and Suraj A Pandit. This reservoir was adjacent to a Shiva temple, whose only extant remains consist of a sunken sanctum and a Nandi placed in the temple’s courtyard, a hopelessly crumbling image of the divine bull that one is afraid to touch for fear that it will completely disintegrate.

Excavations at the site have so far revealed plans of at least three temples, built as per the local traditions during the Bahamani period, which preceded Shivaji by about two centuries.

This kingdom had later split into five, including the Adilshahi out of which Shivaji carved out his swaraj.

Other finds from the excavation consist of a silver gadhiya coin from the 11th century, glass beads and bangles, and monochrome glazed ware potsherds typical of the 14th century.

Historically important
Chandore was incredibly active between the 8th century and 1818 when the Marathas lost the final battle against the British (Third Anglo-Maratha War). The local towns of Mangaon and Goregaon have historically been very important places on the internal highway and have both been feeders to the port of Mhasala, especially during the Maratha, Bahamani and Adilshahi phases. Both the traditional routes passed Chandore and it is only now that the route from Goregaon has bypassed Chandore, the Mangaon-Mhasala route still goes past Chandore.

The Chandore-Mhasala stretch is also a part of the Mangaon-Goregaon-Mhasala-Borli-Diveagar-Shrivardhan route. Thus Chandore lies on a critical route between the hinterland and the ports of Mhasala and Diveagar.

The surroundings of Chandore too are replete with hero stones, locally called veergals (see pic on right) , and sati stones, which together 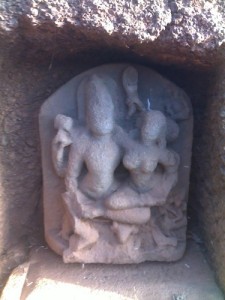 narrate a story of valour and sacrifice, and reveal aspects of ancestor worship and the custom of Sati. Indravan, Nivachivadi, Govele, Kakal, Nalephodi, Mhasala, Borli Panchatan, Diveagar and Deokhol in the proximity of Chandore constitute a sprawling complex with thriving international trade and vibrant religious activity on a large scale.

There is, however, no inscription in this entire repertoire to give us any definitive names or dates for any of these locations, with the exception of Diveagar.

The earliest occupation of Chandore, surprisingly, seems be of the Stone Age when small, microlithic tools were made in a pre-metal era. This could push the antiquity of the site back by several millennia, and Stone Age experts who have visited the site have recommended a detailed study of the raw materials used for the tools, the structural and functional aspects of the tools and the geological context of the habitation.

The bulk of the original research published on the Shilahara dynasty consists of a volume of the inscriptions of the Shilaharas by VV Mirashi (Corpus Inscriptionum Indicarum, Vol IV brought out by the ASI in 1977). Scholars have subsequently found sporadic copper plate and stone inscriptions of the Shilahara dynasty in the Thane, Raigad, Ratnagiri and Sindhudurg districts of Maharashtra as well as the coastal area of Goa and Karnataka, and have attempted a reconstruction of the history of the region.

A particular location at Chandore is referred to as ‘kalavantiniche gharate’– the dwelling of the nautch girl(s) – in local tradition, which comprised an essential service at a trade route hub, for merchants and traders on long journeys away from home. This yet again confirms the status of Chandore as a thriving semi-urban centre.

Also, an annual religious festival is part of a tradition from the hoary past and draws in large numbers of people surrounding areas. This calls for ethnographic enquiry and its integration with historical evidence in a holistic approach to unfold the secrets buried and forgotten since yore.

This seasons excavations have just drawn to a close and the excavation team is busy cataloguing and analysing the artefacts, ceramics and sculptural elements revealed in the course of this season’s work. 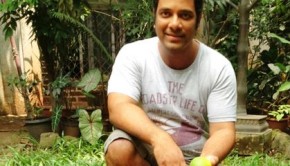 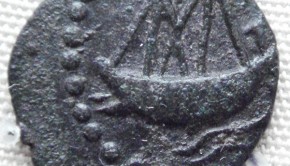 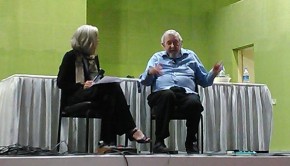 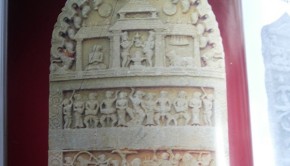