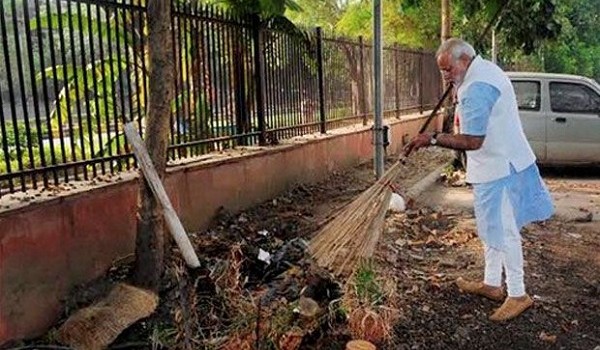 It has become a trendy new phrase, but maybe we need to take the ‘Swachh Bharat’ campaign beyond mere tokenism. Maybe we should try seriously adopting it.

‘Swachh Bharat’ is the new ‘in’ thing for the country. When the campaign was launched in October this year, I, like so many others, instantly dismissed it as another campaign which would quickly gather dust as fast as it initially gained momentum. But though it is still in its infancy, the campaign has thus far proved us wrong about its estimated short-lived sustenance.

What is most remarkable about this programme is that it has captured the hearts of the nation’s young the most – in itself, a major achievement. What a way to go, if the future of this country is most enamored by this campaign! The other day, my little son and his six-year-old cousin reprimanded an adult who was about to throw an empty chips packet on the street with the words, “Don’t litter, Modiji ne mana kiya hai.”

So why did this particular campaign strike a chord? Is it merely the charisma of Narendra Modi who launched the campaign? Is it something else? One cannot deny that Modi has been the single most powerful force that has made the campaign what it is. But if you think about it, he merely stated what he have now adopted as a way of life in India. His sentiment that gandagi has crept so deep into our system that we have learnt to live with it to the extent that we condition ourselves to overlook it. Yet, subconsciously, gandagi has always bothered us. Which could explain why the first thing anybody on a first-time trip abroad will say on his or her return is, “People don’t throw garbage on the streets there. Everything was so clean! Yahan aisa nahin hai.”

Let’s talk about our own city – Mumbai, the heart of India, a city famous across the world for both its famous and infamous attributes. But just look at the city and what we have turned it into. 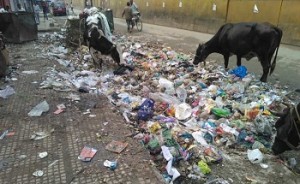 Vehicular traffic, a population bulging at the seams, dearth of greenery, plenty of noise and dirt, garbage strewn all over, filthy beaches, polluted air, numerous diseases, poverty, slums…this is the overall picture of this metropolis.

As we marvel over the huge towers and amenity-laden buildings in Mumbai, just peep at the fringes. The magnificent houses with French windows open to a whole world of garbage, but we are able to miraculously able to look beyond it and focus only on the clouds above. We are all collectively living in a big garbage bin, and then we have the gall to call this indifferent attitude ‘the spirit of Mumbai’. And why are we so proud of this ‘spirit’ anyway, if it makes us immune to these evils of our own doing? We even go a step further and expect the BMC and the Government to clean up after us – after all, we pay taxes, do we not? So cleanliness and hygiene is not our problem.

A campaign like ‘Swachh Bharat’ has shaken us. Even more so, because the country’s PM was the first one to pick up a broom. Suddenly, dusting doesn’t look like such a lowly job.

But simply realising the problem is not enough. We have to fuel this campaign at all times. It doesn’t matter if everybody doesn’t participate in it – let’s pledge to first clean our city and not focus simply on our own homes. Mumbai is home to all of us, and it is everybody’s responsibility to ensure its good health. 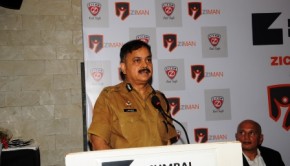